Patent appears from Apple with full-screen display and no notch

A rather strange patent by Apple has been spotted. The report from LetsGoDigital shows the new patent sketches along with some mock-up screenshots for context. The patent is for a new Apple device that looks like it could be an iPhone, but it is missing a few necessary things that a current iPhone 11 Pro has.

As per the sketches, the device has a rectangular display with square corners, it has neither Face ID hardware nor a notch, it has no front-facing camera, but it does feature a power button, volume keys, and a physical notification switch – just like an iPhone. It even appears to have a SIM tray below the power key. 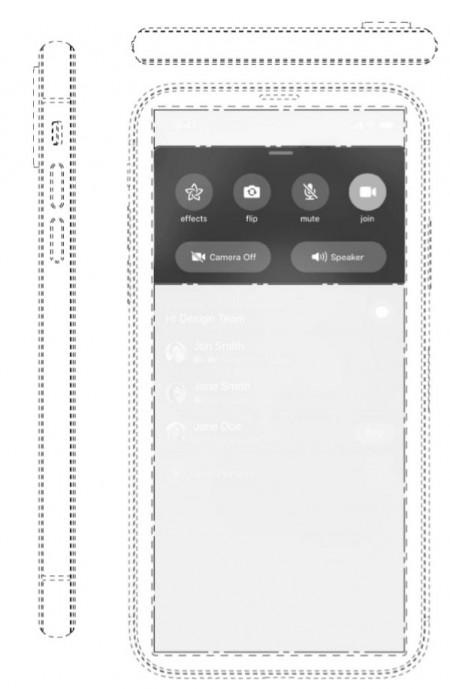 The report believes that this device is the new iPhone design for 2020 but I find this too big a pill to swallow. It is difficult to believe that Apple is done with the current notched design for less than four generations.

At the same time, the report leads us to believe that this device would feature new in-display front-facing cameras and an in-display fingerprint scanner, thus deleting Face ID altogether.

After deeper diving into the patent’s text, I translated some of the text in the patent and discovered the phrase ”partial patent”. Though the device is registered as a “computer with communication function [partial design]”, it seems Apple is only filing for this display’s patent with everything surrounding the display provided as reference.

After carefully reading this part of the patent, we can deduce that this sketch is not literally representative of a new Apple product. There are a couple of possible explanations for the patent and before I go over them, I’d like to remind you that a filed patent doesn’t always result in a new product.

The first possibility is that Apple is going to release an updated iPod Touch based on the design of the current iPhones. Apple’s current-generation iPod touch still has a home button and features a four-inch display like the iPhone 5 and iPhone SE. 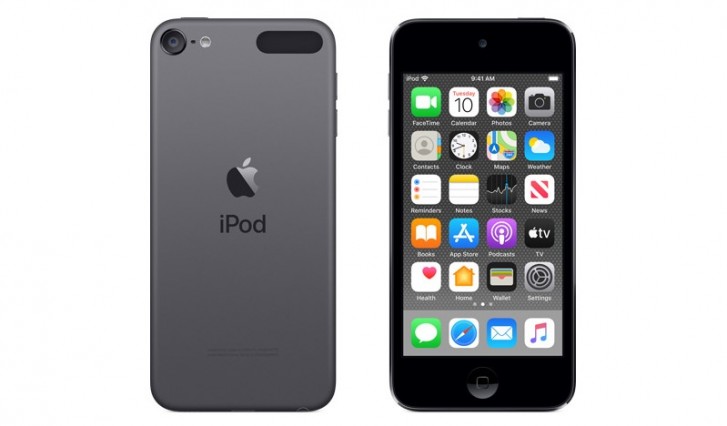 Strangely, this doesn't seem like the best-possible case, since Apple only refreshed the iPod Touch this past May.

The second speculation, which is quite a stretch, is that this is a new lower-cost display for an unreleased lineup of low-cost iPhones. Apple has lost a lot of market share to low-cost Chinese brands because it doesn’t build cheap iPhones – it sells older iPhones at a discount to emerging markets.

Of course, Apple has been rumored to release an iPhone SE successor in 2020 (it’s been rumored for a long time but here we are) but we’re not sure if this patent and those rumors are at all related.

Given that the reference sketches depict the device as a current-gen iPhone, it’s somewhat of a possibility.

Current rumors for 2020 iPhones include four new models, two with 6.1-inch displays, one with a 5.4-incher, and a large 6.7-inch iPhone – all of them are expected to ship with 5G support and a new sensor-shift stabilization technology. We are excited to see how 2020 turns out for Apple.

That was funny tho

Right, right... call the Congress, tell them that the solution for all his problems with Trump is to give him an android. lolz