The Realme 5i announced earlier this week in Vietnam will debut in the Indian market today. It starts at 12:30 PM local time (7AM GMT) and will be live streamed on Facebook and YouTube.

You can follow it with us by tuning to the live stream below.

The Realme 5i is basically the vanilla 5 coming with a downgraded selfie camera (8MP), new Sunlight pattern on its back, and reverse wired charging.

A colour so beautiful and unique, it is almost surreal.
Brace yourselves, as we unveil a surprise for you in the timeless Classic Blue Hue.
Stay tuned. pic.twitter.com/QHR1jPJrsh

Alongside the 5i, we may also see Realme bring the blue-colored Realme Buds Air, Duffle Bag, and Power Bank in India which were announced in China recently. 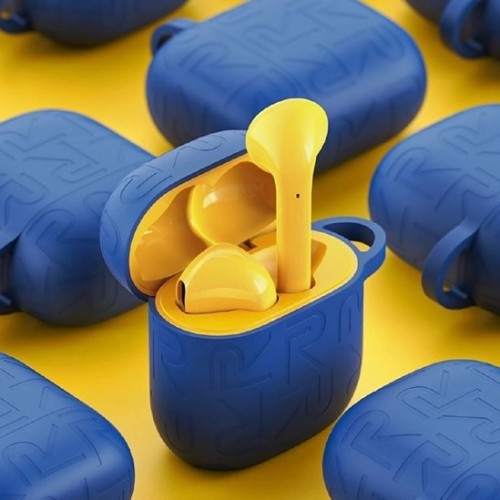 What is the price ?

Terrible advertising, I would not buy it after having seen such a nonsense ad. For retarded!