The Realme C11 was announced for India today and we got our hands on the device for some early impressions.

Let's start with the retail box. Realme is pushing for affordable here (the phone launches at Rs 7,499 or USD $100), which means you don't get a silicone case inside the retail box. There's a sim eject tool, USB cable and a 10W charger, which is the largest Realme has even shipped us. 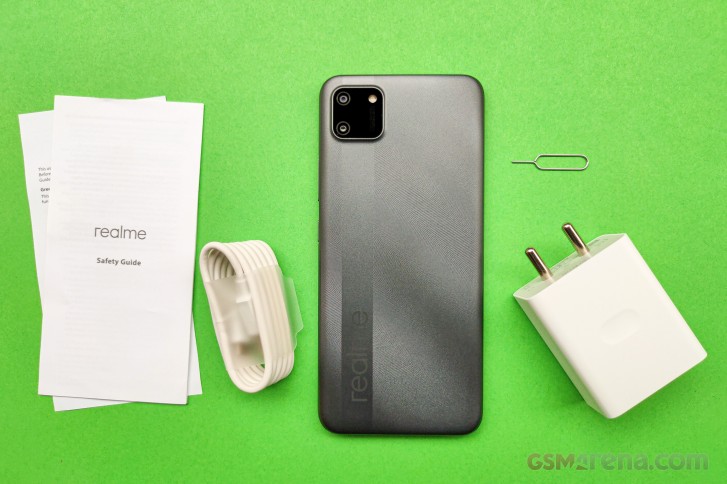 It's also uninterrupted for the most part - there's a single teardrop intrusion for the 5MP selfie camera. 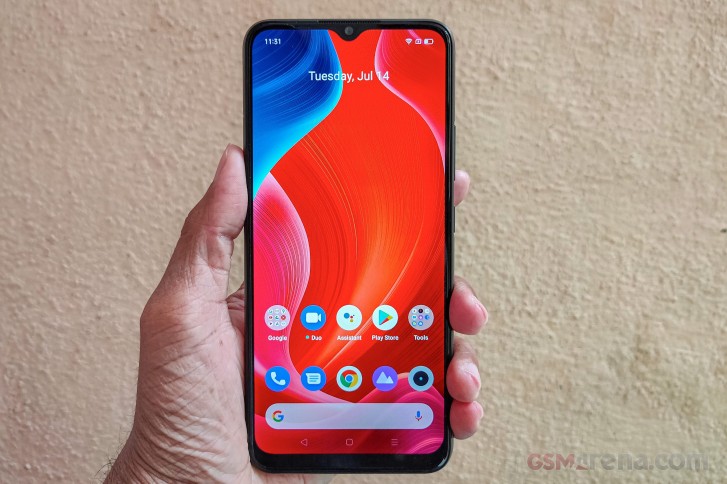 The rear of the Realme C11 is textured, not unlike the Realme C3 (image below for comparison), giving the C11 a similar feel in the hand as the C3. We got the grey model, but users will also get a choice of green.

The square camera island on the rear means the Realme C11 wobbles less when flat on a table, if that's a consideration for you.

Costs have been further cut by omitting a fingerprint scanner on the Realme C11, but we found the less-secure face scanning to be a fine alternative. It's easy to set up and works fast. We had no issues unlocking the phone with face unlock, even with spectacles and in a dim-lit environment.

Button-wide the Realme C11 has the typical volume rocker and power button combo on the right side. On the bottom there's a 3.5mm headphone jack, a single speaker and a microUSB port - it's a shame Realme didn't include USB-C, but at this price it's understandable.

The Realme C11 runs Android 10 with Realme UI on top. Hardware-wise the C11 is powered by a MediaTek Helio G35 chipset, which uses eight Cortex-A53 cores, which max out at 2.3GHz. The chipset uses PowerVR GE8320 graphics and is paired with 2GB of RAM.

We ran some benchmarks, which were on the lower spectrum of our database. Suffice it to say the Helio G35 is a bit behind chipsets like the Exynos 9611, found in the Galaxy M21, because of its lack of Cortex-A73 cores.

However real-world performance was quite alright. The C11 runs smooth and there were no hiccups to talk of. 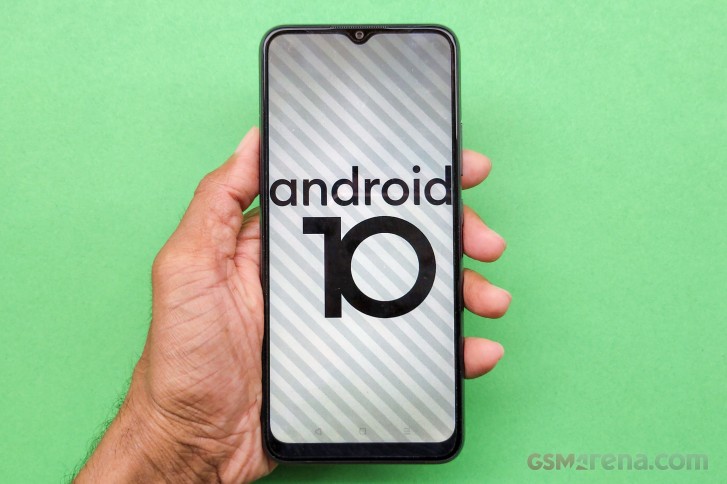 We've used Realme UI on top of Android 10 in devices like the Realme 6i.

The new launcher looks a lot like vanilla Android with no-nonsense homescreens, simplistic notification/toggles area, and easy-to-use task switcher. An App drawer is available, too, and it is as clutter-free as one could hope for.

Realme's handy Smart Sidebar isn't found on the C11, sadly. Like on the Realme X3, the dialler and messages apps are Google's Phone and Messages. Realme's PaySa and Link apps are available.

The Realme C11 will be available in green and grey colors starting at INR 7,499. First sales are scheduled for 22 July at 12 PM IST time through Realme’s web store and Flipkart.

The size of the smartphone is good enough and I think the choice of Mediatek Helio chipset was also good. A bit less cost could have done the magic.

but how can you compare Mediatek helio G35 to the Exynos 9611 processor in galaxy M21 when we clearly know that it is priced around 15k!