There is no denying that the Samsung Ativ SE is one of the most capable Windows Phone smartphones available at the moment. With powerful, future proof-hardware, and easily updatable OS garnished with useful Samsung add-ons, the device makes for a mighty good alternative to the dominant Nokia Lumia high-end lineup. 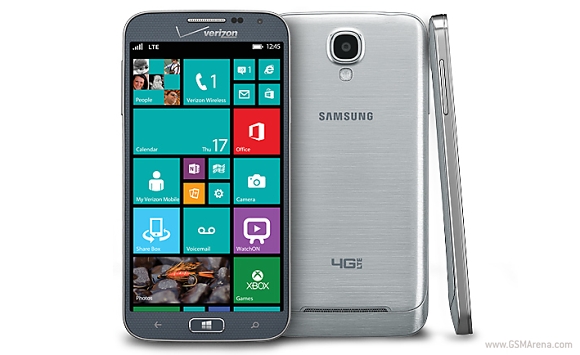 The Korean entry trumps its Microsoft-owned rivals on a few key instances. It features expandable memory and removable battery - two features which are certain to appeal to the power user crowd.

The IR remote control and the camera modes, which have been borrowed from the Samsung Galaxy family, aren't too shabby either. They add a more capable, easy to utilize alternative to the stock camera interface.

Limited availability is the most notable downside of the Samsung Ativ SE. As big a carrier as Verizon Wireless is, the smartphone surely looks and feels worthy of a much wider release. We do firmly believe that it would have been warmly received.

The Samsung Ativ SE is priced at $99.99 with a two-year contract. The price has become standard for a high-end smartphone this year, so here are some of the most notable options available.

Of course, the Nokia Lumia Icon for Verizon Wireless is the biggest challenger for the Windows Phone title. It offers a better camera and build quality than the Samsung device. However, it is significantly heavier than the Ativ SE and doesn't have expandable memory, removable battery, or an IR blaster.

The Nokia Lumia 930 is the Lumia Icon's global sibling. It offers the same pros and cons and will ship with Windows Phone 8.1 right out of the box.

Nokia Lumia 1520 is another worthy alternative to the Ativ SE, though in a significantly larger form factor. The phablet has a better camera, larger 6" display, and amazing battery life. It is nowhere near as pocket-friendly as the Samsung Ativ SE though.

A hundred bucks and the desire to sign a two-year contract will get you just about any high-end Android device, including the HTC One (M8) and Samsung's own Galaxy S5. Both heavyweights are offered by Verizon for $99.99 on a contract.

Despite being one of the most capable Windows Phone devices available today, Samsung Ativ SE will certainly remain nothing more than a niche product. Only the lack of marketing and the limited availability will keep it from making a meaningful contribution and stepping out of the Nokia/Microsoft shadow. Still, as good an alternative to the Nokia Lumia lineup should be worth a hard look.