Samsung Galaxy A02 and M02 get Bluetooth certified

Last week two Samsung devices bearing model codes SM-A025F and SM-M025F - believed to be the Galaxy A02 and Galaxy M02, respectively - were spotted on NEMKO's website. Now they have been certified by Bluetooth SIG as well, taking them a step closer to the launch.

Both models are included in the same certification document, meaning these could be the same phones arriving in different markets under different names. 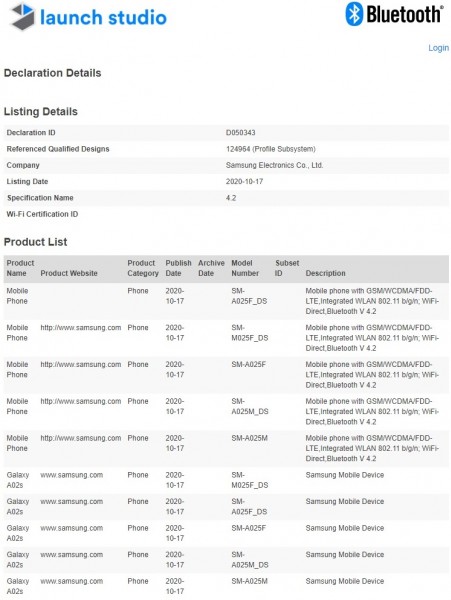 The listing doesn't reveal any specifications of these smartphones, but the SM-A025F was seen on Geekbench with a Qualcomm chipset, Android 10, and 2GB RAM.

There's no word from Samsung about the Galaxy A02 and M02 yet, but we expect to hear more about them in the coming weeks.