The latter reaffirms the currently-standing theory that the Note9 will have a horizontally-mounted fingerprint reader on the back. Hence, the upcoming phablet's back will likely be a blend between the Note8's horizontal camera module and the S9's vertical fingerprint arrangement. A good thing too, since the bad ergonomics of the current Note8 solution had to be addressed ASAP.

Interestingly enough, moving the reader down appears to have had no effect on the overall size of the horizontal camera module. It doesn’t really seem any smaller than the one on the Note8. And since the two are likely to share most of their design and dimensions, that begs the question of what Samsung is doing with the extra room. The last batch of leaked renders of the device, simply have the LED flash and sensors shuffled around and spaced out more loosely. That could be the case. Or perhaps some new hardware is in play. We also wonder whether this setup leaves the alleged in-display fingerprint solution firmly out of the equation.

Speaking of potential new hardware, the leak, which, by the way, comes from a quite reputable source, also features a mysterious groove near the bottom left edge of the device. All the other humps on the case are accounted for, including the controversial Bixby shortcut, opposite the power button. So, what could this groove be for? Our first guess would be a dedicated camera shutter key. Wouldn't that be a grand surprise? If you have any better ideas, tell us in the comments. 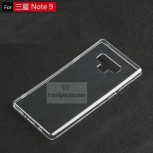 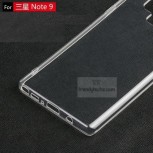 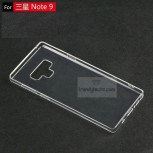 As for other info on the Galaxy Note9, we currently believe it to measure 161.9 x 76.3 x 8.8 mm, or roughly the same as its predecessor, yet somehow pack a bigger 3,850 mAh battery. An Exynos 9810 and Snapdragon 845, along with 6GB of RAM are also rumored and the phone should be arriving on August 9.

That explains it, otherwise it's not possible.

As a developer, I wrote a script that forces bypass over the system. Plus, don't forget my device is rooted and Flashed a rom on my S9 that allows Remapping.