Punch out a hole in the display, add an extra camera on the back, do the mandatory yearly updates to the internals and you'd end up with a Samsung Galaxy S10+ - that is, if you started out with an S9+ if it wasn't obvious. Only that would be oversimplifying it, and we'd rather explore the nuances. Let's go ahead and get started on our journey to find out how big of an upgrade the tenth edition of Samsung's Galaxy S is.

Now, just because we opened so bluntly, doesn't mean all of that isn't true - there is, indeed, a hole in the display, but it's one gorgeous AMOLED panel that covers almost the entirety of the phone, plus the hole is not simply a hole but an all-new 4K-capable dual pixel selfie cam.

Also true, there's a third camera on the back of the S10+ and S10, the missing ultra wide angle piece of the S9+'s camera puzzle, completing what is in our minds the smartphone camera trifecta. At least for now? 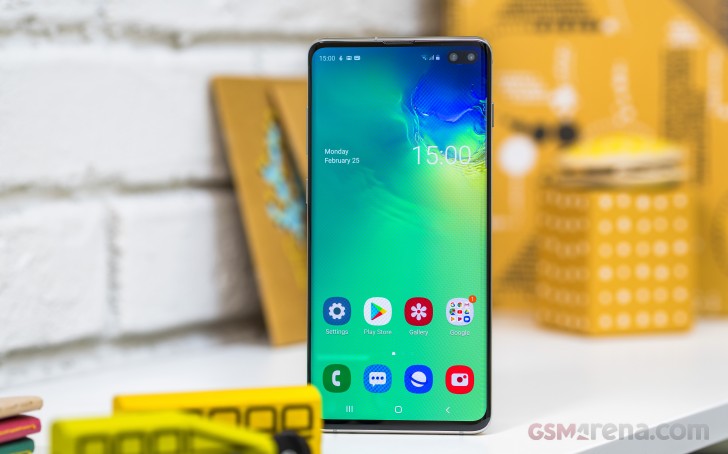 And the chipset is new and almighty, and there's more RAM than on many people's laptops, and the S10+ can be had with up to a terabyte of internal storage - the hardware is top-class. Here's a rundown of what makes up a Galaxy S10+.

The S10+ sits within a lineup of four Galaxy S10s, the highest-end one of the three that are coming out this spring. Scale it down a bit (the usual - display size, battery capacity), take away the secondary cam on the front, and you get the vanilla Galaxy S10. Next to these two, the Galaxy S10e stands, with no telephoto cam (ultra wide still present) and a smaller, flatter, lower-res display, but otherwise a properly capable super-mini like the ones Sony no longer wants to make.

Then there's the fourth one - the ultimate Galaxy S10 5G that may or may not happen. If it does get released, after all, that's going to be some time or another no earlier than this summer. That's definitive.

Anyway, we have the Galaxy S10+ here and now, though, so let's not waste any more time and get it unpacked.

For this generation Samsung went out and redesigned the packaging a bit. It's still a black box, but now there's a large 'S10+' printed on it in a color that matches the paint job of the phone inside. Take off the lid and you'll see the phone, the accessories underneath. 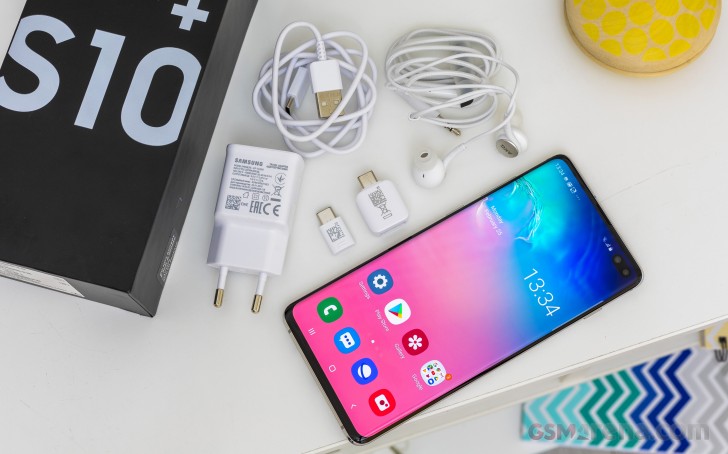 What you're getting is a 15W charger that supports Samsung's Adaptive Fast Charge standard (QuickCharge 2.0 compliant) and a USB cable to go with it. There's also a nice AKG branded headset with braided cables and Samsung's usual set of two USB adapters - female A to male C and female micro B to male C. We've previously seen bundles missing one of these adapters, so this will likely vary by region. Same thing with the case - in some markets there will be one bundled, but our review unit doesn't have it.

The s10plus is far more better, what an extraordinary phone it is

Galaxy s10 plus is better