HDR and color effects are available for video, though 2160p disables them, taking pictures while shooting video, the tracking autofocus and the additional software stabilization.

Moving on to 1080p at 30fps, we drop to 17Mbps bitrate. The quality remains high and there's as much detail as possible at this resolution. There's HDR mode at this resolution, which brings in more detail in the shadows and improves the highlights. The HDR effect is barely noticeable though. In this mode both the OIS and the digital image stabilization are available.

We're not done with 1080p, the Galaxy S6 can go up to 60fps. This takes up more storage (28Mbps bitrate) and causes a slight drop in sharpness, but it's worth it for the smoother motion. 30fps has inherent limitations when shooting fast-moving objects and while 4K UHD TVs are still fairly rare (but quickly growing in popularity), practically all TVs can handle 60fps. Digital image stabilization is not available in this mode.

Finally, in Slow motion mode the camera goes back up to 48Mbps but is now shooting 720p @ 120fps. Videos are actually recorded at 120fps, but you can edit them on the phone - trim beginning and end and choose between half, quarter and eighth playback speed. Here's how it looks when we drop to 30fps (playing at a quarter of real time speed).

If you want to compare still frames from the videos, our Video quality comparison tool makes that easy. Here's how the Samsung Galaxy S6 compares against other 2160p shooters.

And here's another similar comparison, but this time for the 1080p video.

Update, March 16: Besides our dedicated low light camera comparison to the iPhone 6, we also attempted an impromptu low light video comparison between the two devices.

Since 30fps videos cannot use shutter speeds lower than 1/30s, that's one area where the Galaxy S6 clearly has the upper hand with its wider aperture as it captures more light for one and the same shutter speed. As a result, the Galaxy S6 captures the night scene with much better overall exposure, even if the level of resolved detail in the iPhone 6 video seems to be somewhat higher.

Here is a set of single frame captures taken from the 1080p video footage, which demonstrates our findings. 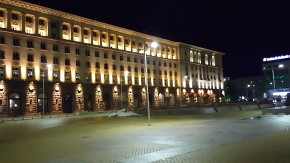 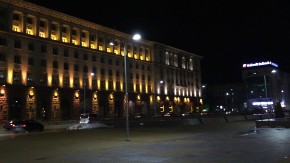 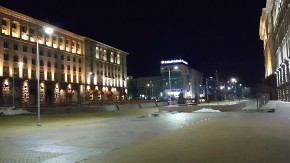 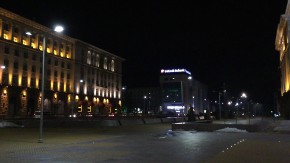