The Galaxy Z Flip is a landmark product in Samsung’s portfolio. One of its most anticipated features is the Ultra Thin Glass (UTG) which was expected to improve the scratch resistance of foldable displays. The latest developments show that it might not be up to the task though.

Zack Nelson from JerryRigEverything performed his signature durability test on Samsung’s latest foldable and the top layer of its UTG screen didn’t hold up that well, scratching at a level 2 on Mohs’ scale for mineral hardness. The level 3 pick managed noticeably deeper grooves while the level 4 pick went right through the top display layer. Glass scratches at a level 5 or 6 meaning the top part of the display is in no way made from glass.

Samsung clarified that the display actually has a protective plastic layer on top similar to the Galaxy Fold and should be “handled with care”. In addition, Samsung confirmed it will offer Galaxy Z Flip owners a free specialized screen protector at select stores and UBIF (UBreakiFix) repair shops. It will be applied by a specialist with the proper equipment. The company is also giving early adopters a one-time screen replacement at $119. 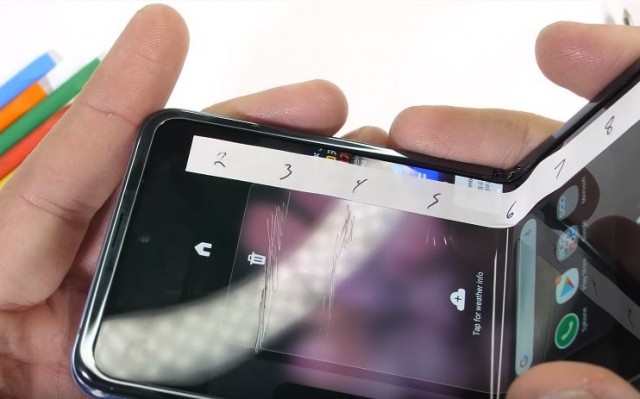 In another interesting development, PBKreviews performed a teardown of the Galaxy Z Flip which revealed the innards of the device. The display is held down to a thin metal frame and the reviewer managed to peel off the panel from the enclosure, cracking the display as it was bending. This confirms there is indeed some glass material in the display but it's still not clear how it's actually made. We then jump forward to the part when the protective layer is peeled off from the display which results in visible damage to the corners of the screen.

We also get a closer look at the hinge which also has two enclosures with small soft film layers for added durability. There’s also a layer of yellow tape that goes all the way through the inside. It’s presumably there to prevent the metal from touching the display connector cable. The actual hinge mechanism appears quite solid and boasts a strong magnetic closure. 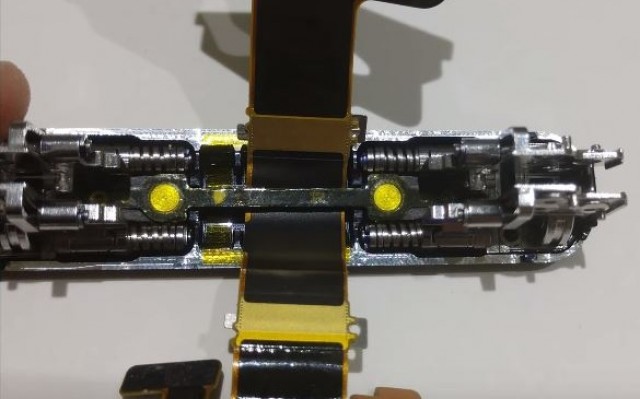 Yes, it is semantics, and it matters. People who don't carefully consider the meaning of words are more apt to spread misinformation and fall for duplicitous marketing.

There is *glass* over the display. Period. Two issues: 1. There's a mandatory plastic protector on top of the glass. 2. The glass is thin enough that it could sustain a point puncture without cracking all the way through. That's why it's no...