We started off this review a little confused as to why Sony decided to out four separate models in the low-end E-line this year. Last year's you could simply get the Xperia E3 with either dual-SIM or LTE support and now the E4 and E4g both have single and duals-sim versions. After making a thorough examination of the LTE-enabled Xperia E4g, we think we might have found the answer.

The Xperia E4g doesn't give off the impression that it was created to broaden choice in the budget market segment. Comparing it with the E4 we get the distinct sense that it was Sony's second attempt at creating a viable successor to the E3. 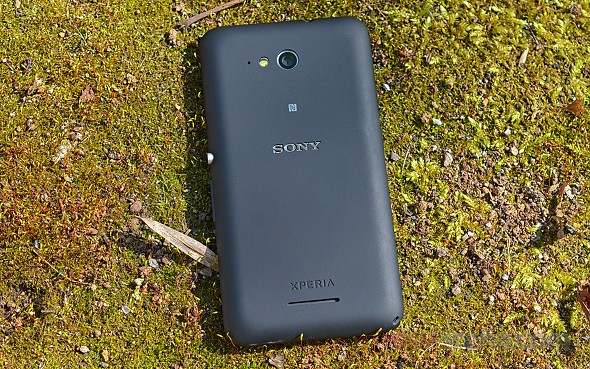 The Xperia E4g is far from perfect in many respects, but then again, it really doesn't need to be perfect. All it really had to achieve is improve the Xperia E3 and retain a budget-friendly price point, which, frankly, proved too much for the Xperia E4 to handle.

The E4g is better than its bigger sibling in almost every way and thus does a notably better job at being competitive in its price group. Still, there are a lot of rough edges with the phone. One thing, however, remains unchanged - the smartphone is solid, dependable and simply works, which, in itself is an admirable achievement for a €130 phone.

So, we have no doubt that the Xperia E4g is superior to the E4 in almost every way possible, which we have already discussed in lengths it the previous sections. But, perhaps even more-importantly, with the E4g, Sony has finally managed to surpass the Xperia E3 in a lot of respects. And, while, we were hard-pressed to choose between the E3 and E4, the LTE-enabled E4g clearly stands out from the bunch.

Still, the E3 is the better looking phone. Other than that, it really has nothing to shine over the E4g. LTE-connectivity is present in both devices and brightness, contrast and legibility are better on the E4g, which also has a bigger screen. The E3 is, however, powered by a Qualcomm Snapdragon 400, which is a far more-popular chipset, but, really, doesn't offer more performance than the MediaTek MT6732. That said, the E3, E4, and E4g currently cost about the same, at around €130.

Motorola's legendary budget phone, the Moto G, seems like an even stronger contender. The original from 2013 still packs quite a punch and can be picked up for as little as €100. It is powered by a Qualcomm MSM8226 Snapdragon 400 SoC with an Adreno 305 GPU and 1GB of RAM, which is by no means worse than Sony's hardware.

The Moto G also offers a very nice 4.5-inch 720p screen, way better than the one in the E4g. For a few bucks more, you can pick up the Dual-SIM variant, or the one with LTE, if need be.

The revised version of the handset, the Moto G (2nd gen) is even more attractive. It bumps the display up to 5.0-inches, improves both cameras and throws in a microSD card slot for extra convenience. It also comes in dual SIM and LTE flavors.

Motorola's very own E-series feature another popular option in the budget class, which is even cheaper than the Xperia E4g. The Moto E is a really "bare-bones" device, but the original model from 2014 can currently be picked up for as little as €90. For this, you get a dual-core Qualcomm Snapdragon 200, Adreno 302 GPU and 1GB of RAM, a 4.3-inch 540 x 960 pixels display, as well as a single 5MP camera.

With all due respect to Motorola, the Microsoft entry-level lineup is perhaps Sony's main target. The Lumia 535 is spot-on with a 5" screen at 540 x 960 pixels. It is powered by a quad-core Qualcomm Snapdragon 200 and an Adreno 302, complete with 1GB or RAM. The 5MP selfie camera is a key selling point, for a low cost phone. The Microsoft Lumia 535 can be had for as little as €100, posing quite a threat to the Xperia E4g.

All in all, with the Xperia E4g, Sony truly has a worthy successor in its E-series lineup. Just like any other device in the price range, it is far from perfect, but still noticeably better than the Xperia E4. In any case, most users will be getting either of the devices free on contract in the most probable scenarios. That's where the Sony brand will definitely help.

As always though, if you are trying to get the best possible value for your budget, the time you take to look around will never be a waste.