The Xiaomi Redmi Note 6 Pro was the most popular phone in our database in week 49 of 2018, followed by the Galaxy A7 (2018) - the pair retaining the top 2 spots for three straight weeks now.

In third we have the Galaxy A9 (2018), which climbed three positions since last week and knocked the Huawei Mate 20 Pro off the podium.

The Samsung Galaxy A8s with its hole in the display took fifth despite not being officially out yet - the new design has gained quite a lot of attention though.

Xiaomi Pocophone F1 gained a spot to sixth, while behind it are two more phones on the rise - Honor 8X and Samsung Galaxy S8.

Clearance sales ahead of the holidays allowed the Apple iPhone 6s and iPhone 6 to make another unlikely return to the top 10 as they became desirable as low-cost entries to the Apple ecosystem once more.

That leaves the Nokia 8.1 and vivo NEX 2 out of the picture, despite the first going official this week and the second one approaching its launch and dominating the headlines this week. 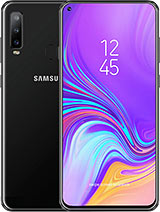 But come on. By reading articles from here, India must have great deals in the Android world, which makes this 4 year old phone look like a joke in (almost) 2019. Or is it really just about owning an iPhone, no matter what?

Yes its bcoz of discounted sales in India...whenever there is a mobile sale in india you will see iphones which are couple of year of old in this trending list...