There have already been rumors that vivo's upcoming X9 smartphone will feature dual cameras both on the front as well as the back. The company recently outed a teaser that just confirmed there will be a dual camera setup on the phone.

Now, a new teaser image has been released, which not only confirms that both X9 and X9 Plus will sport dual front-facing cameras, but also reveals that these shooters will be of 20MP and 8MP, respectively. 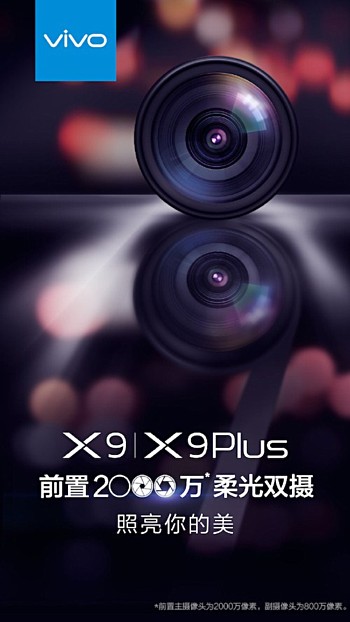 Specs-wise, rumors so far have suggested that the X9 is powered by a Snapdragon 653 chipset. RAM options include 4GB and 6GB, while internal memory is 64GB. Both the smartphones are expected to be made official on November 17.

soong jong ki is the new endorser of vivo

so SJK is the promodizer of this phone then?? AMAZING

He is one of the most sought-after actors in SoKor. Very popular in Asia and is rumored to take the lead in Train to Busan sequel.