The Mi 5 went on sale in April and the market has changed quite a bit since then. While Xiaomi is having a very successful year so far, especially with the mid-range Redmi series, the competition in the higher-end is unprecedented. In the wake of the Galaxy Note7 demise, the iPhone 7 release, and the V20 stepping up LG's game, Xiaomi is shifting the spotlight back to the Mi flagships with its new Mi 5s and Mi 5s Plus updates. 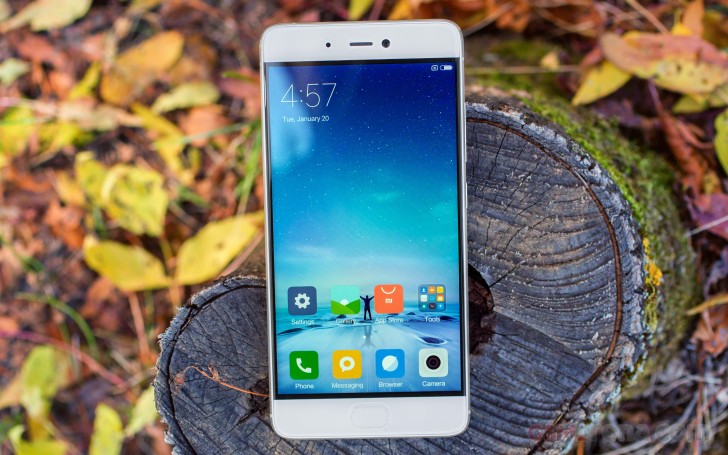 The Xiaomi Mi 5s takes after where the Mi 5 left off and makes a few notable steps to improve its flagship status - it switches to the latest Snapdragon 821 chip, ups the base storage, and the most obvious change - it retires the glass panels in favor of a metal unibody.

The main camera is one of the highlights of the series, and while the Mi 5s wasn't treated with the dual-camera upgrade, it's sensor is as premium as it can get. Instead of the small 16MP 1/2.8" sensor, the Mi 5s offers a bigger 12MP 1/2.3" one. The sensor's pixels grew 40% bigger thanks to the bigger estate and smaller resolution, which will help the Mi 5s resolve more detail and capture more light in the long run.

Finally, there is more battery juice available to the new MIUI 8 and, in combination with the power-efficient Snapdragon 821 chip, our expectations are quite high.

So far, so good. The Mi5s, however, is not all about upgrading. While the design and some of the hardware bits are now better compared to the Mi 5, some of the good stuff was axed, too, such as the camera's Optical Image Stabilizatoon (OIS), the Gorilla Glass 4 on the screen, as well as the IR port. The force press support on the other hand is exclusive to the 128GB model only so few people would get to enjoy the feature.

The rest of the omissions are hardly a surprise to any Mi fan. Xiaomi only puts microSD slots on its more affordable phones and they hardly have a phone with a user-removable batery so we didn't expect otherwise in both these respects.

Enough talking, the Mi 5s is ready to pop out of the box and introduce itself. Follow us after the break with the unboxing and our traditional hardware checkup.

I have been using Xiaomi Mi 5s for 7 months till now. The first time I use this phone, it came with MIUI 8.5.3.8 with Android Marshmallow. Time by time, I updated to MIUI 9 and last MIUI 10 based on Android Oreo before I decided to do unlock bootload...

The stock Mi Camera image lack detail and bad in low light. But, here is the good news. Mi 5s has camera hal3 API enable by default! What this mean is, you can install any Google Camera (with full HDR+ and Bokeh Potrait feature working) modded apk an...