From a design standpoint, the Mi 8 Lite is almost indistinguishable from the Mi 8 SE, unless you take a peek at the back camera arrangement and the notch - the Lite has horizontally-stacked camera sensors and a considerably smaller notch. Overall, the impression is nothing short of premium. 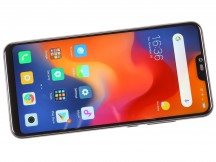 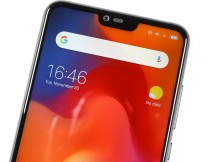 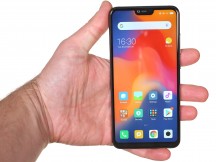 The Mi 8 Lite is another glass sandwich handset so the design is quite ordinary. It's got a chrome-colored aluminum side frame and 2.5D-curved back glass that connects seamlessly to the sides. In contrast, the front panel isn't curved and instead looks like it's slapped on top of the body. You might feel its protruding edge along the sides though it's doesn't cause any discomfort. 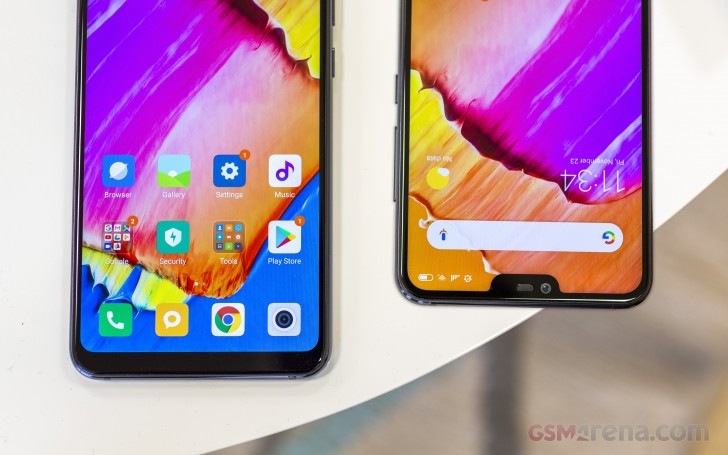 Speaking of the front panel, the screen offers slim side bezels while the upper and bottom ones are kind of wide. Still, the screen-to-body ratio according to our specs sheet is 82.5%, which is a really nice number for a smartphone in this class. It even beats the Mi 8 SE in this regard. 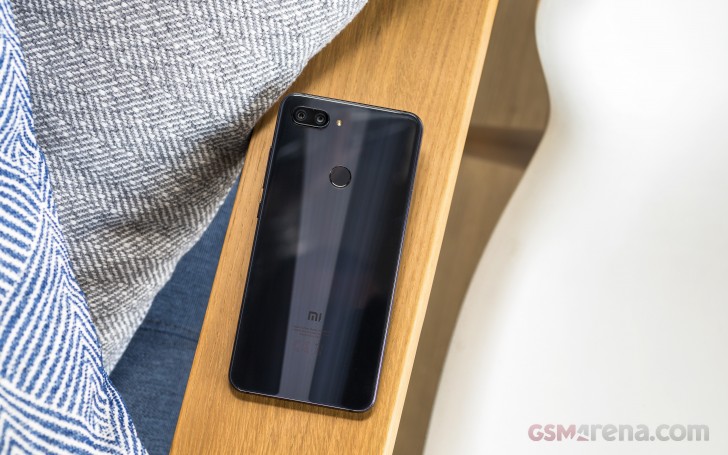 Going around the sides, we find the SIM/microSD card tray on the left, the volume rocker and the power button on the right, the second microphone used for noise canceling on the top and the bottom-firing speaker grills. Right between them is the USB-C connector. We do have to note that the buttons are delightfully clicky and feel quite firm without any noticeable wobble. 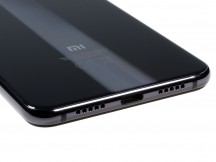 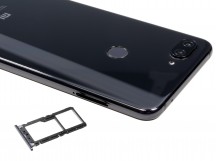 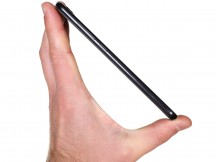 Mi 8 Lite from the side

But it's not all roses. The rather flat back design and the tall aspect ratio might steer away some people with small hands. One-handed use is difficult and it's hard to reach the other side or the top of the display with your thumb. The good news is that the rear-mounted fingerprint reader and the power key are ideally positioned within reach. The fingerprint works flawlessly, too. It's blazing fast and it's consistent enough on a day-to-day basis. 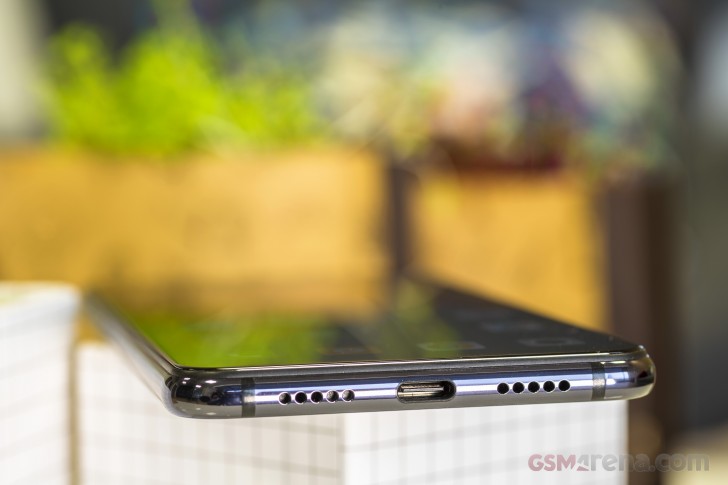 As you'd expect from a glass back phone, it's not only prone to scratches and cracks, it's also easy to smudge. The black version of the phone that we have with us appears to attract fingerprints, but the gradient color makes them less prominent - they can be seen at an angle. We assume that the Aurora Blue version of the phone will be a better fingerprint magnet. 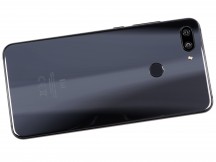 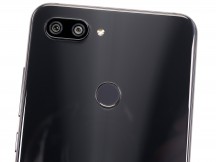 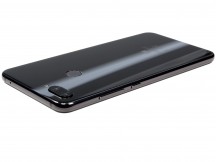 Mi 8 Lite back side

The biggest drawback, however, is the lack of IPxx certification against water and dust but to be honest, at this price point, it's really hard to be mad at Xiaomi for not including it.

As we've already said, it's hard to notice the difference between the Mi 8 Lite and the Mi 8 SE - both weigh just about the same with the Lite version being just 5 grams heavier at 169g and almost a centimeter taller than the SE. After all, the Mi 8 Lite's screen is approximately 0.4" bigger. Luckily, the screen size hasn't resulted in noticeable width increase.

All in all, the Mi 8 Lite is a well-built device with little to no complaints regarding the build quality. Only ergonomics could be improved to make the grip more comfortable, natural and less slippery.