Today, we're getting numerous reports from users in India that the final Android Oreo update is already actively rolling out to their Xiaomi Mi A1 devices.

This comes after a tweet by Xiaomi India which announced the pending start of the update seeding yesterday.

The update weighs in more than 1GB so it's quite a large download. It also brings the December security updates. 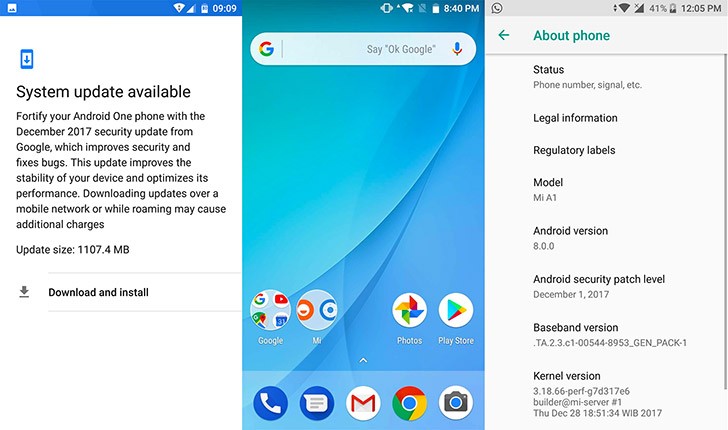 We are also yet to hear whether the final build brings the fast charging support, which was available in the earlier beta build.

Users who update should expect to see the standard new Oreo features such a lighter UI color, the notification dots, Auto Fill in apps, Night Light mode, Picture-in-Picture mode, and others.

Let us know if you spot any notable new features or bugs in the comments section below.

my phone not get oreo update mi a1

I have factory installed 7.1. android, waiting for the oreo, checking every day for the update, but nothing