Xiaomi Redmi 5 TENAA certification leaves nothing to the imagination

Yesterday some leaked press renders of the upcoming Xiaomi Redmi 5 were making the rounds, and a few hours ago the Chinese company decided to officially tease it, while also revealing that it will be made official on December 7.

Ahead of that, the Redmi 5 has today received TENAA's certification, a prerequisite for every device that's to be sold in China. As usual, this means we have a couple of new images of the phone to look at. 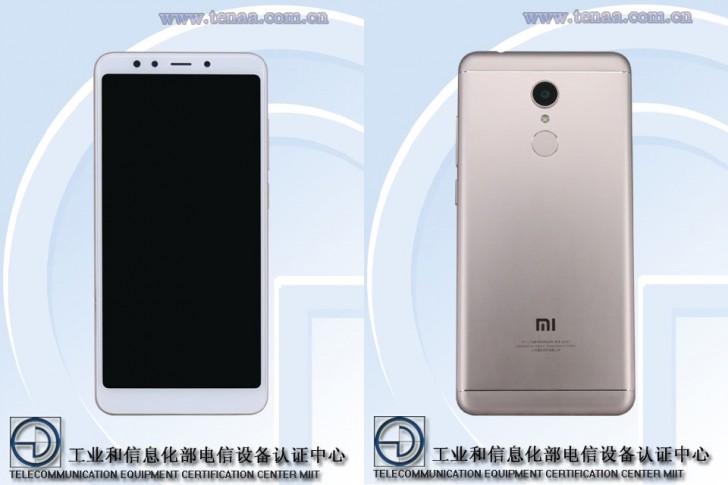 What's more, a pretty comprehensive list of specs has been revealed by the certification authority too. The Redmi 5 will have a 5.7" 18:9 touchscreen with 1,440x720 resolution, and a 1.8 GHz octa-core processor. On the rear will sit a 12 MP camera, while for selfies a 5 MP shooter should do the trick.

The Redmi 5 runs Android 7.1.2 Nougat underneath MIUI, and it will come in multiple configuration options, with 2/3/4GB of RAM and 16/32/64GB of storage, with microSD expansion. It will be kept chugging along by a 3,200 mAh battery.

By this logic we could have a Snapdragon S1 that will for sure consume less battery!

Theoretically.....I am guessing you are not aware that most things theoretically rarely ever achieve such results....wait for the reviews and you will see that it should be slightly less than theoretical.