OnePlus became a different company this year. It had been gradually opening up to a wider product line, first with the mid-season T-upgrade, then with the introduction of Pro models. However, in 2020 the door swung all the way open and through it walked not only a mid-ranger, but even an entry-level phone.

There was only one Pro model this year and it was enough – that there was nothing left to fix with a T Pro is a testament to how good the OnePlus 8 Pro is. And the company knew it, this is its most expensive product to date. The price is comparable with flagships from established brands and OnePlus rarely offers discounts. 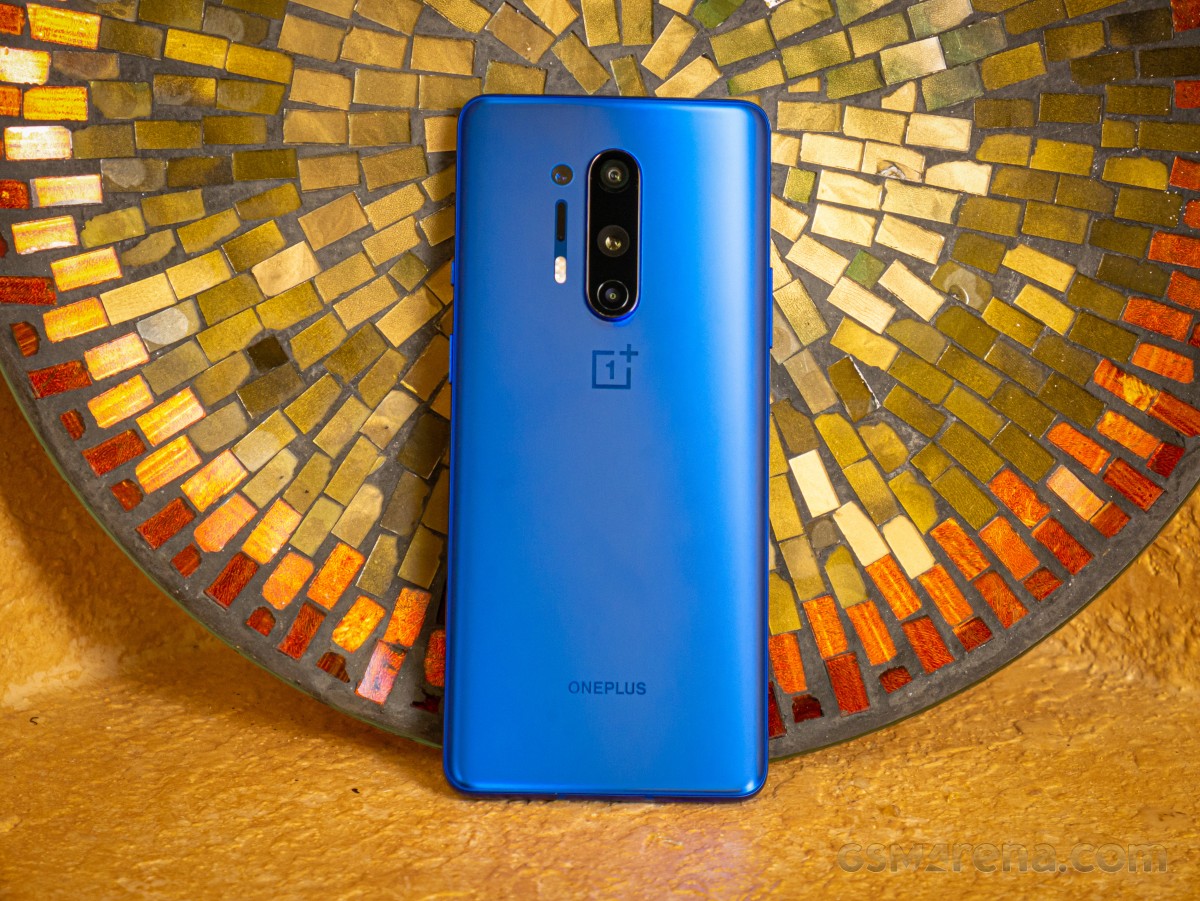 That said, the 8 Pro is “worth a pretty penny” as we concluded in our review. That conclusion was reinforced in our long-term review. After months of use the phone’s premium build quality and excellent performance more than made up for its few shortcomings (it’s not perfect, but many of the flaws are shared with the rest of the flagship segment).

The OnePlus 8 Pro earned itself a spot in our flagship buyer’s guide and is currently one of the best camera phones that money can buy.

The OnePlus 8 launched alongside the Pro and the sibling rivalry was over on day 1 – the Pro was just so much better that the vanilla model felt out of place. It’s cheaper, yes, but OnePlus’ value-for-money rating is not what it once was so this is more a case of “you get what you pay for”. 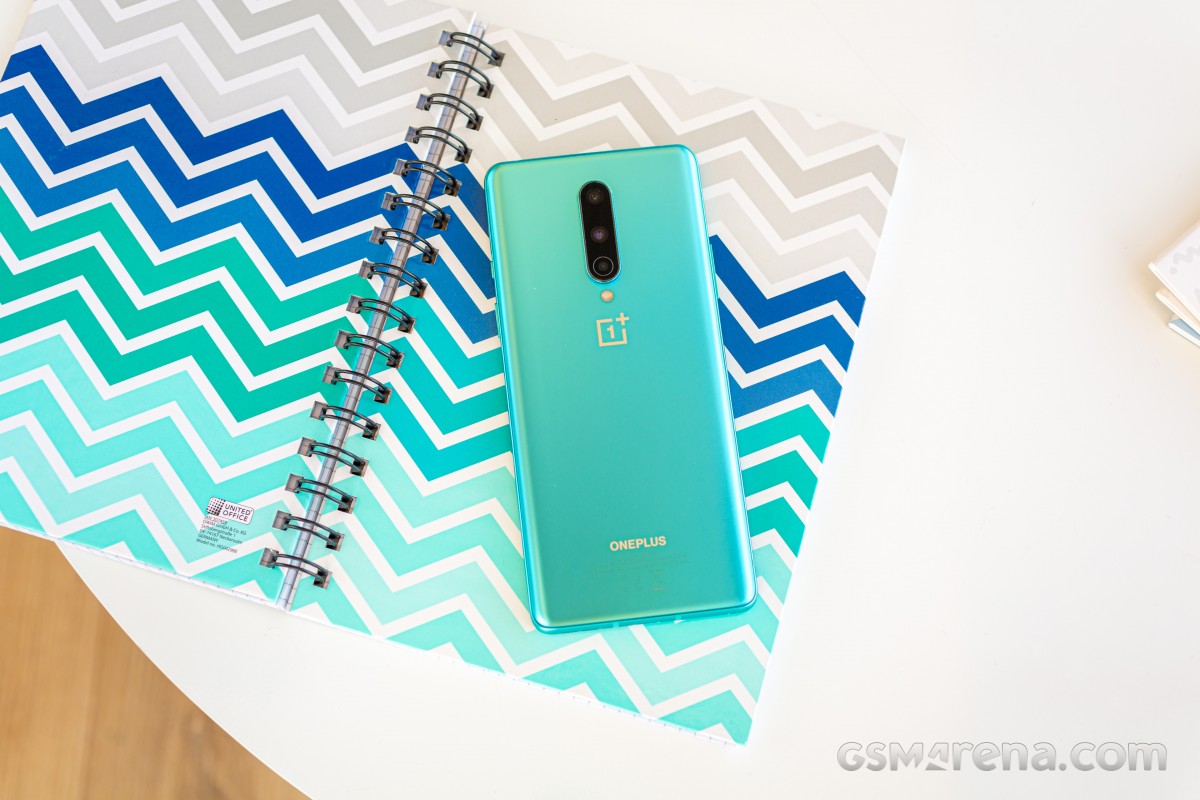 Worse, the 8 failed to upstage the OnePlus 7T, which was on its way out and some retailers offered discounts. The 8 certainly isn’t a bad phone, in our review we found it to be an excellent performer in several categories. However, there is no shortage of good alternatives in its price range, it just felt like something was missing. Perhaps, a “T”.

While OnePlus’ “murderous” mood is mostly a thing of the past, the OnePlus 8T did earn itself the title flagship killer in our buyer’s guide. OnePlus nailed the pricing – starting at €600, the OnePlus 8T was €100 cheaper than its sibling. 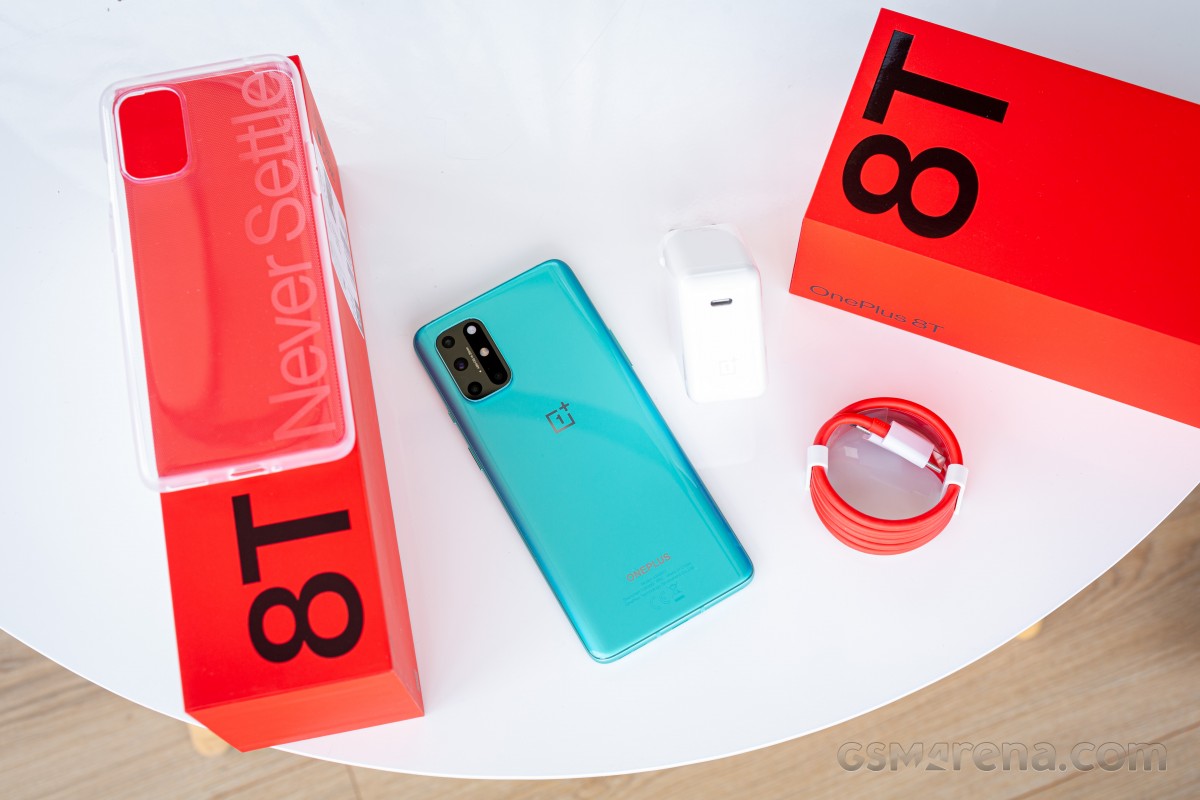 The phone was the first in the family to introduce 65W Warp Charge and Android 11 (among other things, OxygenOS 11 is the first to enable Always On Display on a OnePlus phone). It still shares much DNA with the vanilla 8, though the upgrades make it one of the best premium all-rounders.

Looking into next year, the OnePlus 9 launch is closing in. However, the story of how the 7T and 8T outshone their non-T siblings should serve as a warning. For now, the 8T is a great pick and what comes next may not be able to beat it.

While certainly not as flashy as the 8T, the OnePlus Nord proved itself a excellent mid-ranger with a reasonable price tag in our review. After using it for a while for our long-term review, the Nord felt almost as good as the OnePlus 8. If not better, considering the cash you save. Comparisons to its sibling aside, the Nord is capable all-round phone. 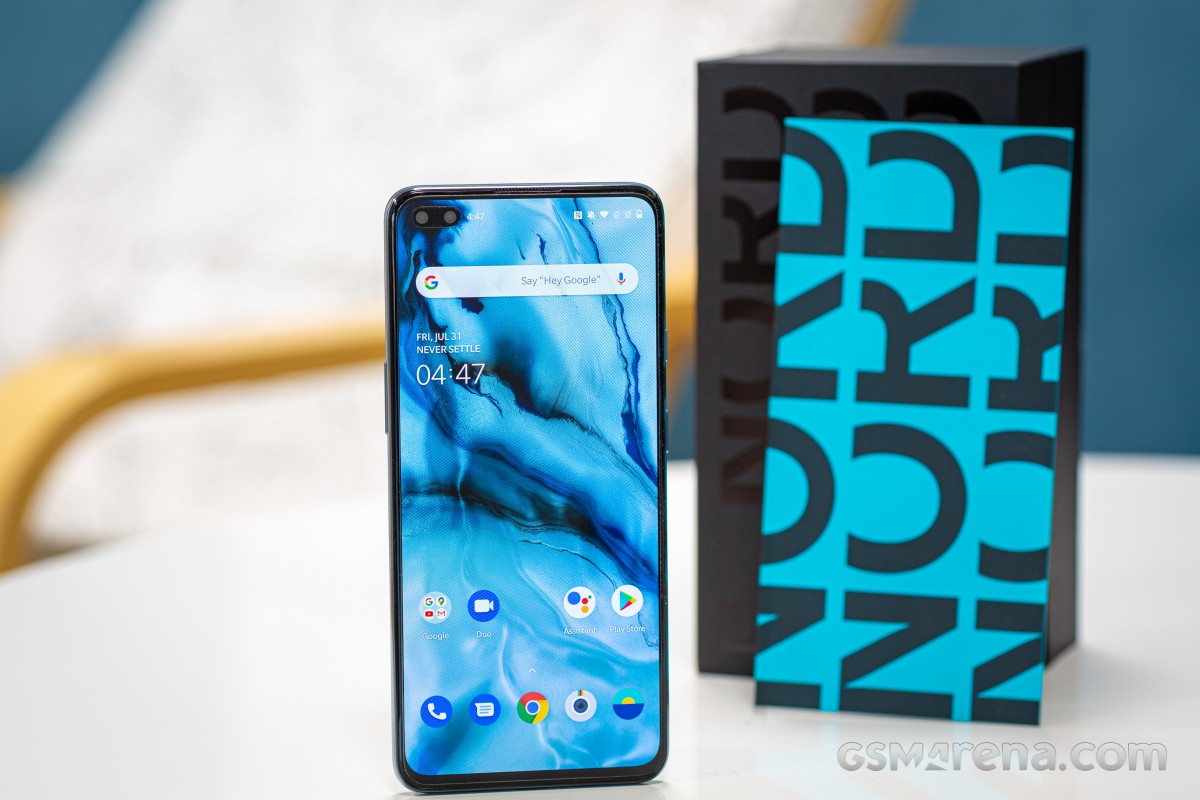 OxygenOS is a good reason to pick a OnePlus phone over other brands. The company started padding out the formerly vanilla rendition of Android with some extra features, but we still hear more complaints about other Android skins than Oxygen.

The Nord is the company’s second ever mid-ranger, which is worth talking about for a minute. OnePlus isn’t big enough to push against market forces and the rising costs of flagship chipsets are perhaps the real reason “flagship killers” went the way of the dodo. So, a premium mid-ranger like the Nord is needed to fill the price segment vacated by the mainline phones.

While the 8 Pro and 8T are excellent phones, the Nord is the most important release for OnePlus this year. Perhaps not so much the phone itself but the new product line that it spawned.

The OnePlus Nord N10 5G broke the mold in more than one place – it went back to LCD, it also brought back the memory card slot and the 3.5 mm headphone jack. With its 600-series Snapdragon and plastic frame, the N10 doesn’t look glamorous even next to the original Nord.

Plus, its launch price was only €50 less, which wasn’t enough to make up for the deficit in features. In the interest in fairness, we should point out that the original Nord never launched in the US – and neither did much of the competition. 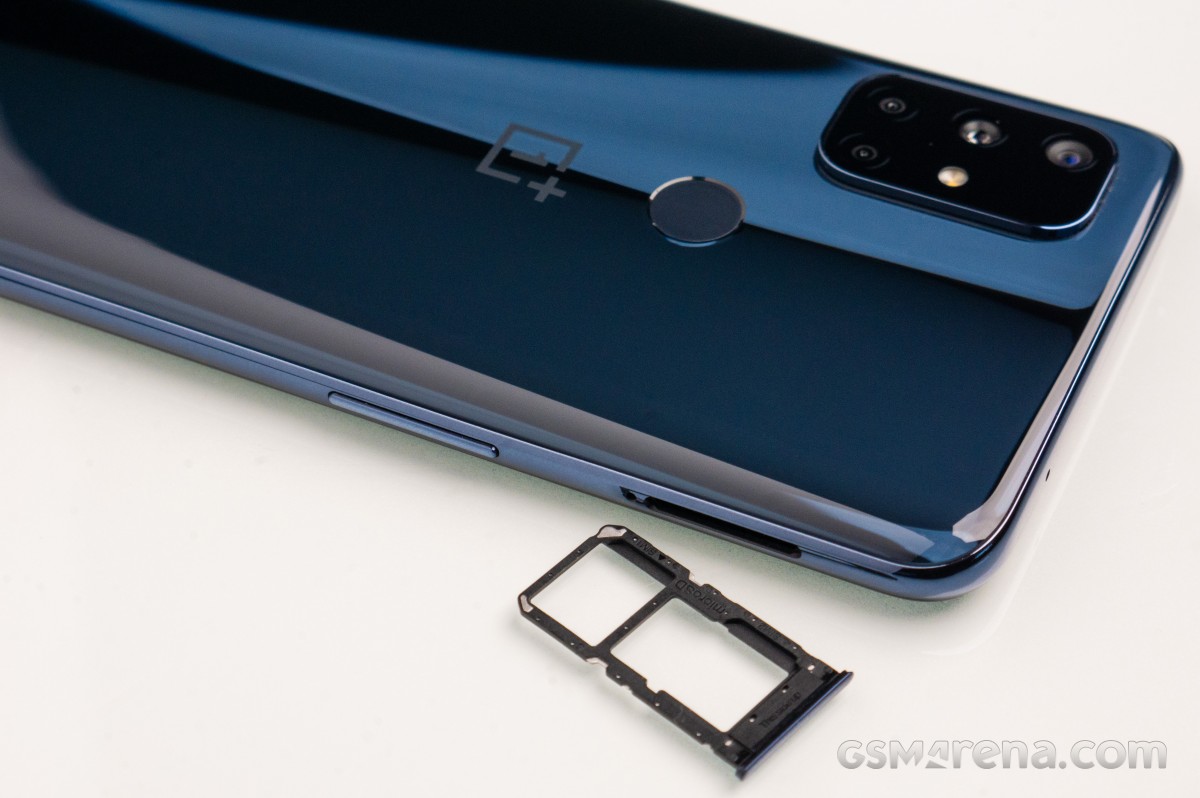 The N10 5G is available in the US where cheap 5G phones are few and far between. This could prove to be a local win, but we doubt it will have much success on the global stage.

Which is still more than we can say about the OnePlus Nord N100. After an unhappy response from fans, the company did enable a 90Hz mode, thus keeping its promise of only releasing phones with high refresh rate screens after the 7-series introduced Fluid AMOLED.

However, even at 90 Hz there’s no way to mask the display’s 720p+ resolution or Snapdragon 460’s uninspiring performance. Or the 13MP camera – sorry, this wasn’t meant to turn into a rant, but this phone is of no interest to the existing OnePlus user base. Who is it for then?

The “Never Settle” slogan is short, catchy and central to OnePlus’ image. The 8 Pro and 8T certainly live up to that uncompromising attitude, but does the Nord? We think so, yes. Not everyone can afford the €200 premium to get an 8T instead, yet they still deserve the OxygenOS experience if they want it.

But software alone doesn’t feel like enough to save the Nord N duo. We can’t just brush them off as failures and move on, they are diluting the premium brand – Oppo and Realme already exist, there was no need for OnePlus to also get into budget phones.

Most fans are still happy with OxygenOS, though the “bloat” word is starting to appear in conversations. And the major updates are taking longer, something that isn’t helped by the company having to update six phones instead of two. The hardware of the Nord N-series is nothing spectacular in the price range either, there isn’t much of a hook to them.

Of course, these worries can prove to be unfounded – OnePlus can wow everyone with a series of high-quality releases in 2021. Or it could release half a dozen of bland N-series phones and become what it was born to fight, just another smartphone company.

In which country do you live bro ?

I disagree with GSM.. oneplus has spread in the middle East like wildfire.. get your research right.. what an unfair article..