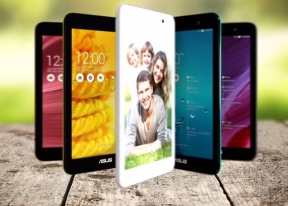 The camera mounted on the back of the Asus Memo Pad 7 ME176C is capable of capturing 5MP (2560 x 1920px) stills and 1080p videos. It features a combined interface which allows you to take either a still image shot or use the camcorder functionality via side-by-side buttons.

There's a wide range of effects that feature live overlays, while the settings menu allows you to adjust all sorts of features like white balance, ISO levels, exposure, and more. There's a wide range of shooting modes including the more common panorama, HDR, and low-light modes, alongside some more surprising extras like Time rewind, Smart remove, and Depth of field.

The Camera app is full of options

As far as quality is concerned, the Asus Memo Pad 7 ME176C is about as bad as it gets for a 5MP shooter, even for a tablet. Dynamic range is clearly limited and in virtually every shooting condition there's either overblown highlights or underexposed shadows - often both. Colors are washed out and the level of resolved detail is low even for this resolution. Looking at the images in full-res reveals an aggressive de-noise filter that results in an oil-painting effect that detracts from the level of detail even further.

Exposure and contrast accuracy is very hit-and-miss, with some images coming out better than others, but many being very poor.

HDR mode tends to improve cameras with poor dynamic range, and that was the case with the Memo Pad 7 - when you could get a usable picture, that is. More often than not, the HDR images came out with drastically distorted colors and contrast, and in the best of cases would improve dynamic range even further at the expense of resolved detail. 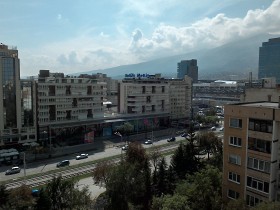 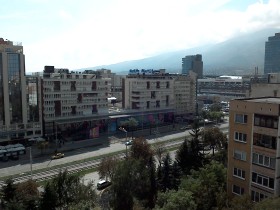 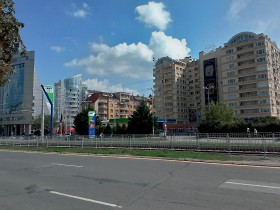 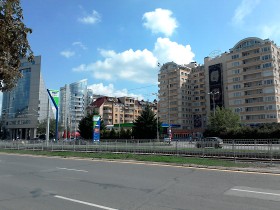 Ultimately, the camera of the Asus Memo Pad 7 leaves much to be desired. See how it stacks up to other 5MP shooters with our dedicated compare tool.

The Asus Memo Pad 7 ME176C churns out 1080p videos at 30fps. They carry a bitrate of around 15Mbps and a lowly 96Kbps audio bitrate. Video recording carries over the same problems that we saw with the still images, and introduces a few of its own.

The level of resolved detail is very poor, and looks to be upscaled from a lower resolution. Poor dynamic range and level of detail aside, video recording on the Memo Pad 7 is done only with the top left quadrant of the camera sensor. Not only does this make framing an image through the camera interface more difficult, but it also results in a very significant amount of geometric distortion that is immediately visible.

Despite being recorded in stereo and at a high bitrate, audio comes out tinny and leaves much to be desired also.

Below you can see how the video of the Memo Pad 7 stacks up against other 5MP 1080p-capable shooters.