The initial leak was slightly off but still close to the mark – T-Mobile will be launching the HTC Sensation 4G powerhouse by 15 June instead of 8 June. It will be available even earlier at select Wal-Mart stores.

The HTC Sensation 4G goes all out with its features – 4.3” qHD screen, 1.2GHz dual-core CPU, Android 2.3 Gingerbread, MHL, 8MP camera with 1080p and “4G” (HSPA+ actually). All that’s missing is a 3D screen, but the GSM-flavor of the HTC EVO 3D is frustratingly still only a rumor. 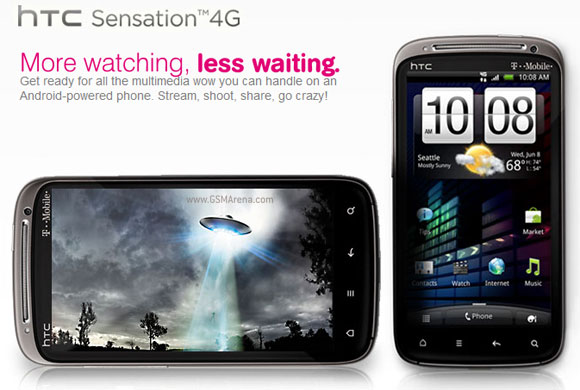 Anyway, you can grab a Sensation 4G for $199 (after a $50 mail-in rebate) on a 2-year contract. It will be available country-wide in the US, exclusively on T-Mobile, by 15 June though some Wal-Mart stores will have it on 12 June for those in a hurry.

By the way, the HTC Sensation 4G will come pre-loaded with HTC Watch (where you can rent or purchase movies and TV shows), HTC Listen (a music store) and several T-Mobile apps including the Qik-powered T-Mobile Video Chat.

And if you live across the pond, you should know that the Euro version has already launched.

sooooooo IN the end what do u think about need ur advice buy it or not ???????

i paid $500 to own a nice phone, speaker broke within 30 days. T-mobile replace it, the phone stopped working within 30 days....as I realized during conversation with t-mobil technical support, they sent me a second hand phone as replacement....I rep...