The iPhone can do 4K/60fps, the Note8 is humbled

The iPhone 8 Plus, thanks to its super-powerful A11 chipset comes with some pretty impressive video credentials. It's the first phone to record 2160p videos at 60fps, and it's also got a mighty nice 1080p/240fps slow motion capability. Meanwhile, the Note8's 240fps slo-mo is at 720p resolution, while its 4K capture is at 30fps only.

The iPhone is also capable of recording in the HEVC format (a.k.a. H.265) or the less efficient but more widely compatible H.264, while the Note8 sticks to H.264 only. The iPhone's 4K/60fps capture only works in HEVC. The thing is, if you're transferring your HEVC videos to a Windows machine, they'll get converted to H.264 in the process.

Since the Note can't really do 4K/60fps recording, there's nothing to compare here. The iPhone's footage is sharp, it's smooth, it's really quite nice. The one thing it isn't is light on storage - a minute of 4K/6ofps weighs in at around 400MB in H.265 and more like 850MB when converted to H.264.

Looking at the 4K/30fps footage the two phones capture comparable levels of detail, though they do it differently - the Note8's videos are overly sharpened and slightly artificial, while the iPhone renders it all much more naturally. Contrast is slightly higher on the Note, and colors are a little more neutral, compared to the iPhone's warmer rendition. If we absolutely must pick one, though, it would be the iPhone, just barely.

Pretty much nothing changes in 1080p/30fps videos - other than resolution, obviously. The specifics in processing that each manufacturer sticks to are present, but we'd give our overall preference to the iPhone. And guess what, same with 1080p/60fps.

Moving on to the telephoto cameras, we're in for zero surprises. Yes, the iPhone's FOV is slightly narrower, but zoom in 1:1, and the captured detail is similar. Perhaps a slight edge to the Note, but we're hair-splitting. Obviously, the difference in processing doesn't disappear when you press the '1x' button (or '2x' on the Note, pff) - the Galaxy footage is crispier, but synthetic, the iPhone's is softer, yet more lifelike.

At 1080p video, the iPhone takes a lead in terms of noise or, rather, lack thereof. The Note's footage is grainier, slightly distracting once you see it. That's particularly true of the 60fps videos, and even more so if you're watching the two phones side by side.

Gone are the days when the Galaxies didn't do electronic stabilization in 4K or video - the Note8 matches the iPhone 8 Plus in this respect. In fact, when it comes to stabilization, it should be one better than the iPhone when using the telephoto cam - it is, after all, optically stabilized.

There's little to separate the two phones' stabilization results when you compare footage from the normal cameras. Both do a very fine job compensating for motion and small hand movements, and there are no issues with jittery panning or the likes.

With the telephoto cameras it becomes evident that there's only so much you can do with electronics - the Note8's optical stabilization gives it a distinct advantage.

Once light levels drop, the Note8's footage retains fine detail better than the iPhone, at the expense of more noise. The iPhone's low-light videos are softer, but also cleaner. Those findings hold true for the tele cameras as well.

After the real-world examples, it's only natural to check out how the phones render the test charts we have in our studio. 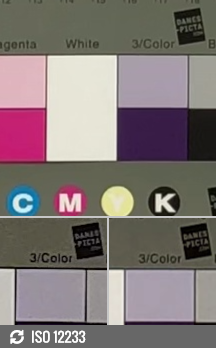 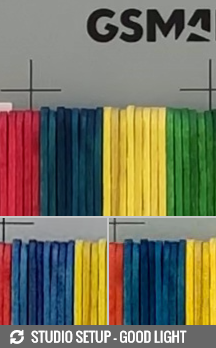 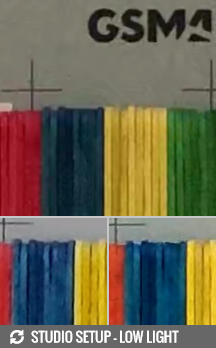 Apple iPhone 8 Plus vs. iPhone 7 Plus vs. Galaxy Note8 in our 4K video compare tool 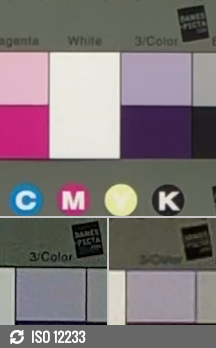 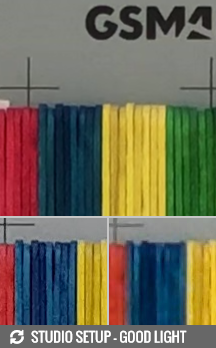 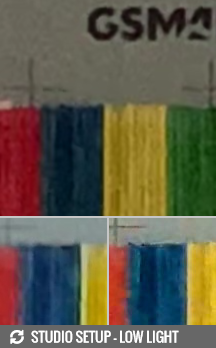 Telephoto: Apple iPhone 8 Plus vs. iPhone 7 Plus vs. Galaxy Note8 in our 4K video compare tool