It's going to be a busy year for LG with its plethora of wearables. A lot of leaks recently started to pop up with small bits of information regarding future LG smartwatches. Just last month, the Korean company filed three new smartwatches on the FCC - successors to the Sport and Style lineup and an LTE-enabled smart wearable with Wear OS. Two days ago, LG pushed another watch through the FCC with a different model number. 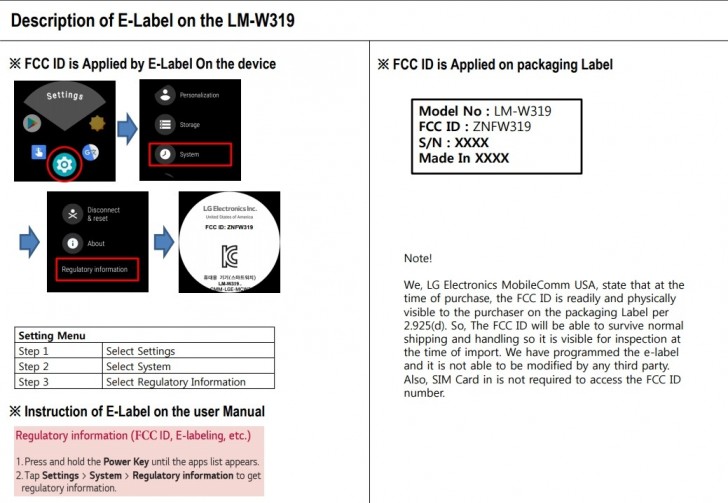 The former carries a model number of LM-W315, while the new listing is LM-W319 and doesn't have support for 3G/4G connectivity. Bluetooth and Wi-Fi are still available, though.

This report doesn't seem to be too far-fetched given that Qualcomm has already officially confirmed that it's working on a new chipset specifically for wearables. The new devices will arrive sometime this fall, which is in line with the rumors about Google's Pixel watch that should launch alongside the Pixel 3 and PIxel 3 XL.