T for Turbo? According to OnePlus, the T in OnePlus 6T doesn't really stand for anything. But since it's the next letter after S it's just a cheeky way to sort of one-up what many companies (cough, Apple, cough) have been using to denominate devices that are marginally different. So what do you get in the 6T that you didn't in the OnePlus 6? It's not more performance, because they're both powered by the same chip.

There's a smaller, nicer looking and less intrusive notch, for one. More base storage (that comes along with an increased price), and a slightly larger screen area. Oh, and an in-display fingerprint sensor. Whether that was enough to sway you towards the OnePlus 6T when it came out last year is up for debate, but OnePlus' business model means that it usually strives to offer only one model at a time. So think of the 6T as an improved version of the 6.

Now let's get to the meat of the issue. The OnePlus 6T has been out for months at this point, and we've been using it for a very long time in this period. So what better to do than write our impressions about what it's been like living with it day in and day out? Hence, this long-term review was born. As soon as the Oneplus 7 is out, you will have a limited opportunity window of snatching the OnePlus 6T at a discounted price so there is that as well.

While Huawei and Samsung do have two big phone launches each year, those are of different families - the P series and the Mate series, the S line and the Note line, respectively, and each have some unique selling points they keep in the family (although Huawei has recently started to stray from that philosophy a bit with the P30/Pro). 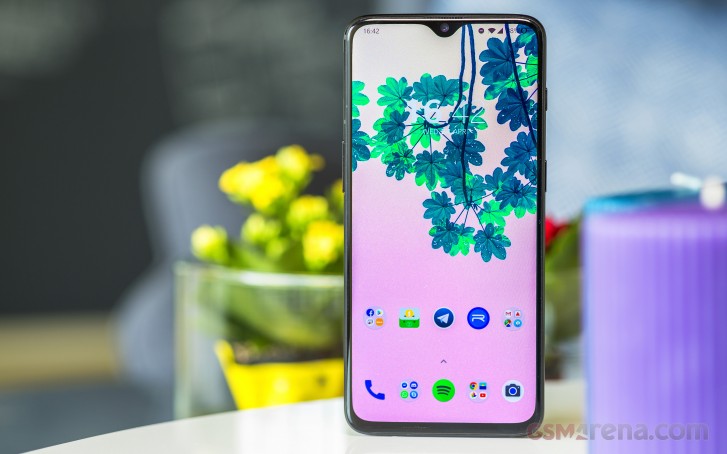 On the other hand, OnePlus is more akin to Sony's past antics in launching two high-end flagships each year that are pretty similar to each other, and this might create some angst among buyers of any OnePlus handset when the new one comes along just a few short months later.

However, it makes little sense buying a OnePlus 6 and then switching to the 6T (or 5/5T, etc), specifically because of the minute differences involved. Then again, even if you were to do this, the financial hit you're taking is a lot smaller than if you were to purchase two higher priced phones each year. So does this mean OnePlus has nailed a 'best of both worlds' scenario, where it can update its flagship line quickly without losing frustrated customers in the process? Maybe.

While we'll touch upon that a bit in this long-term review, its purpose is more to show you how the OnePlus 6T behaved in day to day use and how it's 'aged' so far, now that we're getting very close to the release of its successor (or successors, if we go by the rumor mill). So join us on the next few pages as we try to help you ascertain whether it would be a good buy once the new models are out.

I have bought Oneplus 6t on June 2019, since then the process was literally amazing, the camera became little blur compared with the beginning, yet a wonderful phone bought in my life time, thanks to Oneplus....... Never Settle

I am also using OnePlus 6t from the launch, still it is working fine, no issues.