This is probably the fastest Android smartphone available at the moment. Yes, even today. OnePlus has clearly focused a lot on this aspect when developing the 6T, and that's something to be praised. Everything just flies, all the time. We've seen no hiccups, no stutters, and no lags - with one very small exception covered in the Camera section. But overall, if your main expectation from a phone is for it to be blazing fast (and run Android), this is it. We know these are big words, but it's true. 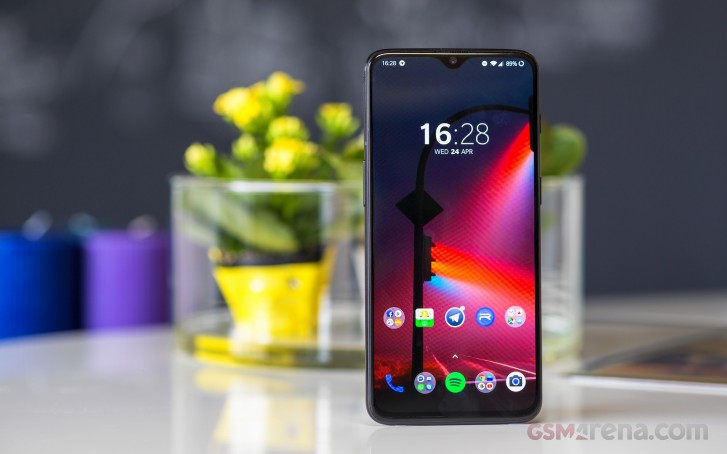 Smoothness is a different story. On our very subjective and non-scientific scale, we'd say the OnePlus 6T is about 90-95% as smooth as a new Pixel, but the keyword there is "new". Pixels, even the latest generation, have been known to degrade in time when it comes to smoothness, whereas the 6T is exactly as smooth now as it was the day it launched, even with a bunch of software updates coming in the meantime.

So while it won't win any awards for smoothness per se in our book, its consistency is rather impressive. Obviously we wish OnePlus would focus more on this aspect of the user experience in the future, but for now, it is what it is. You can pretty much throw anything at the 6T and be sure that it won't choke, which obviously is exactly as it should be for a high-end device.

The OnePlus 6T may not have the biggest battery capacity out there (not by a long shot), but it doesn't disappoint when it comes to endurance. This has been a key feature of recent OnePlus devices, and we're glad that the company has focused on optimizing this aspect of the user experience. Obviously things would be even better with a 4,000mAh+ cell, but even as it is the battery is likely to last you the whole day unless you have a very demanding workload.

In our usual scenario the phone is off the charger for 12-16 hours in a day, with most of that time spent on Wi-Fi but an hour or two on 4G, location set to the most accurate option and around half an hour of GPS navigation (through Waze or Google Maps), Bluetooth always on and used for an hour or so of music streaming. Our record screen on time has been a little more than 10 hours with 10% battery left.

We've constantly managed to get around 7 or more hours of screen on time with such usage, and never less than 6 unless we used 4G mobile connectivity primarily. That's one of the things that will affect your numbers, along with signal strength and quality, and of course whether you use power intensive apps for things such as navigation more than we do. These numbers aren't meant as a definitive or scientific view on the matter, but you can compare them to what we've achieved with other devices that have been put through the long-term review process and hopefully get a better idea of what to expect.

If you're looking for straight-up comparisons involving a standardized lab test, then take a look at our endurance rating for the 6T in the normal review. As with everything else, the long-term review is meant to complement the strict testing we do for those with a more subjective outlook on a particular handset.