The McLaren Edition phone has a few software changes that reflect the partnership. Otherwise, it's running the same Oxygen OS skin over Android 9.0 Pie that the regular OnePlus 6T has.

The first thing you'll see is the boot animation which briefly shows McLaren followed by an orange glowy honeycomb pattern. 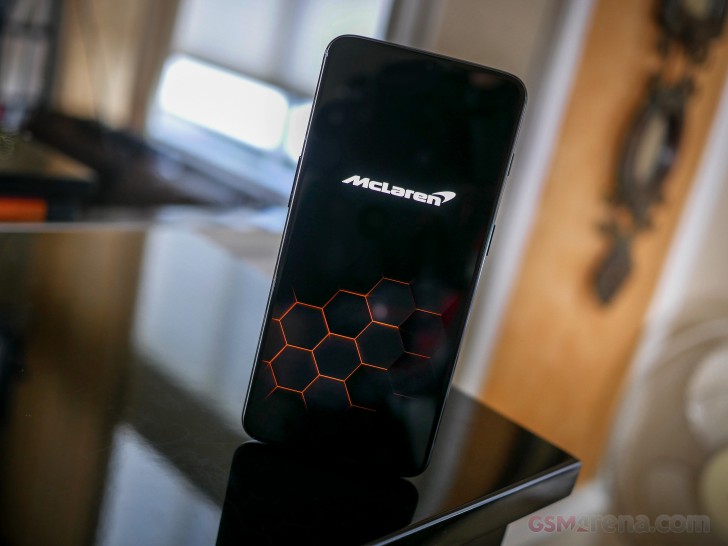 The included wallpapers keep with the theme of speed and are kind of abstract, but remind us of automotive lights zooming past in a long exposure. The default wallpaper intensifies in color and moves as you unlock the phone. It looks pretty cool but it doesn't immediately translate into "McLaren".

The other unique thing about this device is the fingerprint unlock animation, which is appropriately called "McLaren". The last thing trace of McLaren that there is on this device is the pre-installed AR viewing app that brings the pages of the booklet from the box to life. The app is nowhere in the app drawer, instead, you can find it in the "Toolbox" when you swipe left from the home screen.

There are also exclusive ringtones that are set as the default on the McLaren Edition. The default ring is called "McLaren" and the default notification tone is called "Chic". Sadly, these ringtones could have been called anything as they sound quite generic.

We feel like there should have been more mentions of McLaren around the software aside from the name of a theme and the name of an unlocking animation. There could have been some really sweet McLaren wallpapers or a McLaren icon pack or some kind of McLaren button that changed the theme to include even more orange. Instead, the wallpapers that are unique to the McLaren Edition are pretty generic-looking.

This Edition's camera is no different than the regular 6T. You get the same 16MP + 20MP dual camera setup and the same 16MP front-facing camera. With the 6T, we wondered why the secondary camera was there if it had the same focal length.

It only appears to notice that the upper sensor is covered while in portrait mode. Otherwise, we could still take photos in 2X zoom or in low light and the camera app didn't seem to care that the other sensor was covered. That doesn't mean the 6T or its McLaren edition take bad photos. 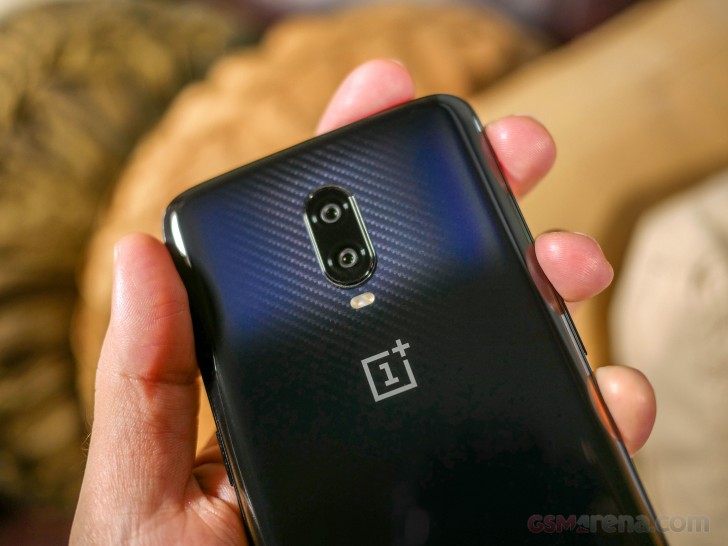 The camera app itself is just as it is on the 6T. There's a 2X/1X zoom toggle right in the lower center of the viewfinder (if you're holding it in portrait) and you swipe either left or right to switch between shooting modes: Video, Photo, Portrait, and Night. There is also a Google Lens shortcut here for searching for things and landmarks by image. 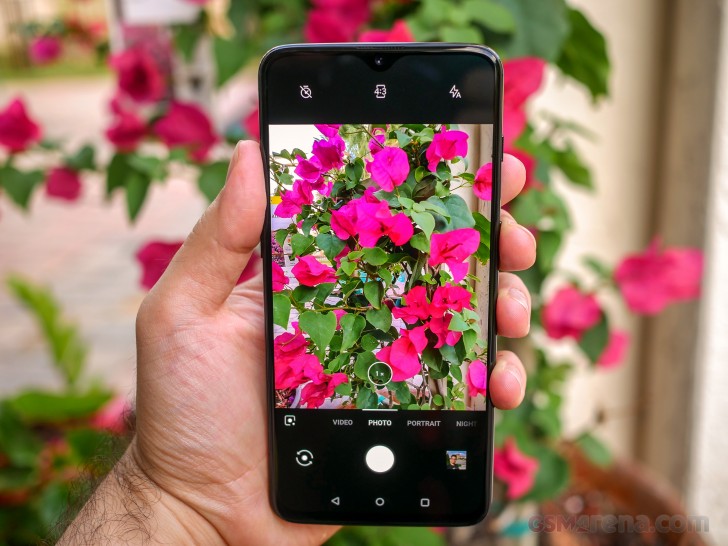 Swiping up will reveal more shooting modes including Pro Mode - which can shoot in RAW as well, Time-lapse, Panorama, Slow motion, and there's a shortcut to the camera app's settings as well. Pro mode gives you full control of ISO (100-3200), white balance, shutter speed (1/8000s to 30s), manual focus, and exposure compensation (-2/+2 EV in 1/3 stop and 1/2 stop increments). There's even a histogram for exposing properly.

Though it's the same camera, we still went out and shot some photos with the McLaren Edition 6T. 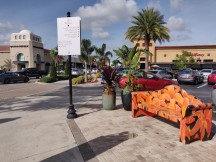 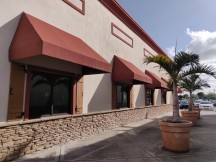 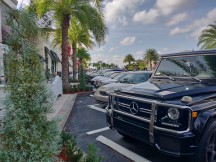 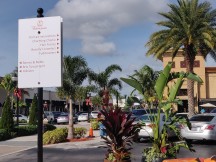 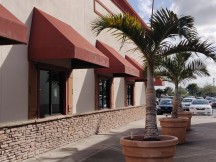 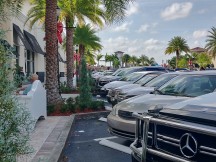 When zooming in, photos are just a tad bit noisier than regular 1X photos. As we mentioned before, covering the secondary camera when taking a zoom shot doesn't affect anything which makes us wonder why it is only used for bokeh. 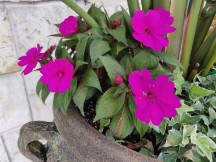 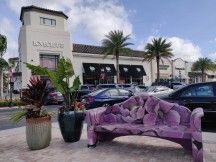 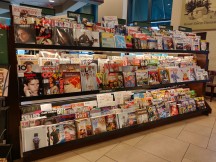 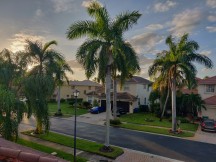 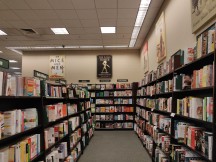 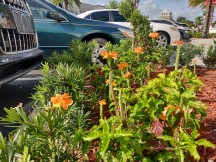 The phone takes wonderful photos in sunlight but HDR tends to not know when to kick in. There is an option in the settings to disable automatic HDR and manually control when to activate the shooting mode. For most people, the setting should be left alone.

The phone does take very nice sunset and landscape photos with rich colors. 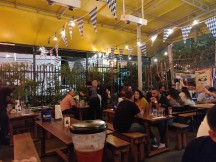 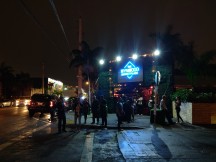 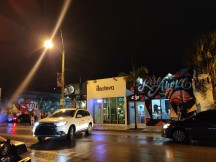 Low light photos look great. In order to keep noise down, it won't expose the shadows as well as like a Google Pixel 3 or the Huawei Mate 20 Pro. This phone is great for taking photos in a dimly lit restaurant or taking photos of cityscapes at night. It won't do as well inside a night club with a lot of movement. 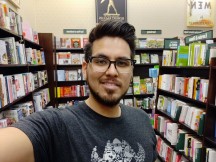 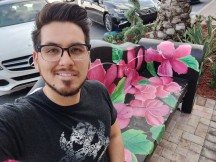 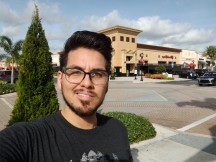 Selfies look great in all lighting conditions. When taking selfies in softer light like in the shade, it tends to tone down the radiance of Ricky's face but the most true-to-life selfies were ones taken in direct late-afternoon sunlight.

His face is well exposed in all the selfies and the background behind the subject is also well represented. 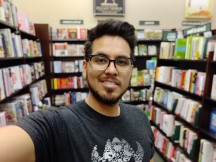 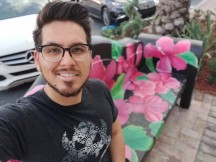 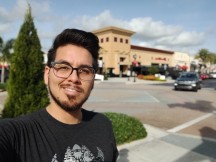 The bokeh effect on the selfie camera is not bad, but works far better the more light is available. The bokeh itself is smooth and noise is well suppressed. As for the subject line, it struggles a bit indoors but looks much better outside.