A lot has been written about the folding Samsung Galaxy X, but we haven’t actually seen much of the device. This patent application by Samsung could perhaps shed some light – it details the operation of a foldable, dual-screen phone.

The two screens will function like a physical split screen – each running its own app with its own app switcher. This works in both portrait and landscape orientations. 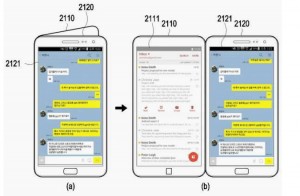 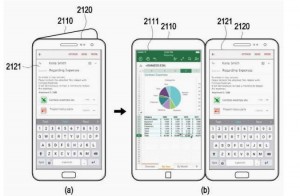 Using each of the two screens for different apps

Another mode is similar to the Nintendo 3DS with the apps or games drawing different parts of their interface on each screen. This mode will obviously depend on Samsung APIs as Android has no native support for this. 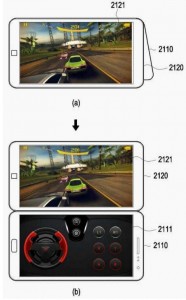 Gaming on two screens, similar to the Nintendo 3DS

By the way, the recently launched ZTE Axon M – also a foldable, dual screen phone – works in much the same way.

Anyway, Samsung has also thought of some interesting uses for the second screen when the phone is folded. For example, the phone could show the cover of the book you are reading to get an experience similar to real books – where everyone around you knows you’re reading A Clockwork Orange because they can see the book cover. 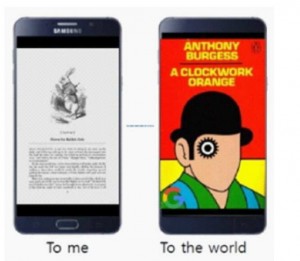 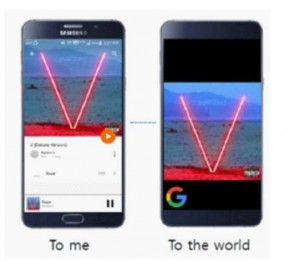 What you see vs. what the world sees when the phone is folded

Apple does it right and Samsung copy? Tell me more about that notch on iphone x that nobody wants to copy.

The only crap here is having to drop one side of my screen faced down.

i think zte axon m already out for this foldable phone.