Realme UI for Pad on top of Android 11

The Realme Pad boots Android 11 with a reworked Realme UI for Pad. The interface looks like the vanilla version minus some icons and a couple of settings. There are no themes, no deep customizations, no Realme system apps. Everything you see is Google's. 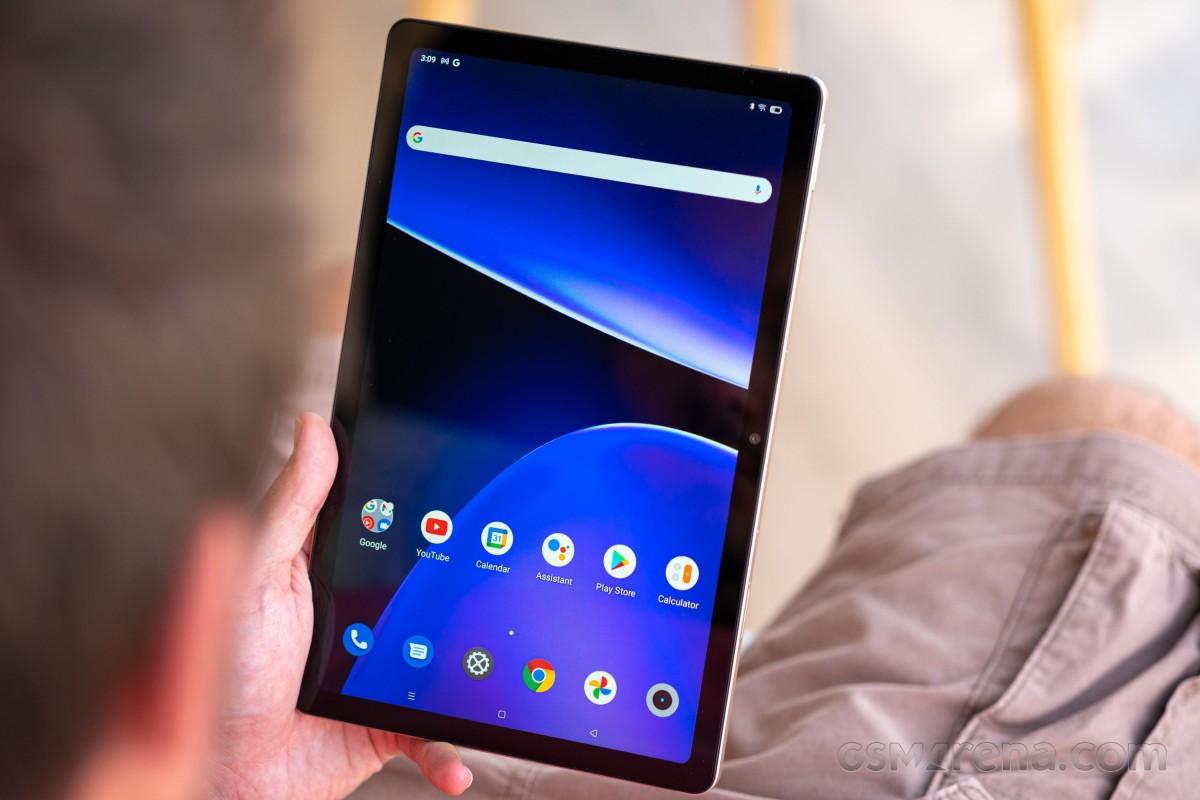 There is no fingerprint scanner on the Realme Pad. You can unlock it via PIN, password, or pattern, or you can set up Face Unlock, which is reliable but not that secure as it can be fooled by a photo. Smart Unlock by Trusted Devices and Location is available, too.

The launcher has no-nonsense homescreens, a simplistic and clean notification/toggles area, and an easy-to-use task switcher. It rotates in portrait and landscape mode and stretches everything accordingly.

An App drawer is available, too, and it is as clutter-free as one could hope for. You can opt-out of the app drawer if you prefer it like that (Home Screen Settings -> Standard mode).

There is no Always-on screen available, no Theme Store or icon/font settings on this Pad either. There is no sidebar option as on Realme smartphones. You won't find the Phone Manager app either.

Dark Mode is available, but it's the basic one - there are no different shades of gray. You can schedule it, or turn it on/off manually.

The Task Manager now shows a lot more app cards utilizing the larger screen. Split Screen is supported - when in Task Manager tap on the small app icon to reveal the hidden menu. A bit obscure, we know.

The interface is clean and works well. There are no third-party services or apps, but whatever you may need or want - you will find it in the Play Store for sure.

Yet, some notable Realme features are missing like Game Center, Phone Manager, Themes, Sidebar, advanced Dark Mode. The weak chipset could be the reason for choosing vanilla Android over the full-fledged Realme UI, but we cannot be sure.

The heart of the Realme Pad is the MediaTek Helio G80 chipset. It's not the most budget Helio SoC there is, but it's still a rather budget platform, especially for a tablet.

The G80 chip has a dual-core Mali-G52 GPU clocked at 950MHz. This is probably what may get in the way of the lag-free performance, but we will see.

The Realme Pad is available officially in two memory configurations - 3GB RAM + 32GB storage (Wi-Fi, LTE) and 4GB RAM + 64GB storage (LTE only). Our review unit is different - it has 6GB RAM + 128GB (LTE) storage - meaning such version is probably in the pipeline for a later launch. 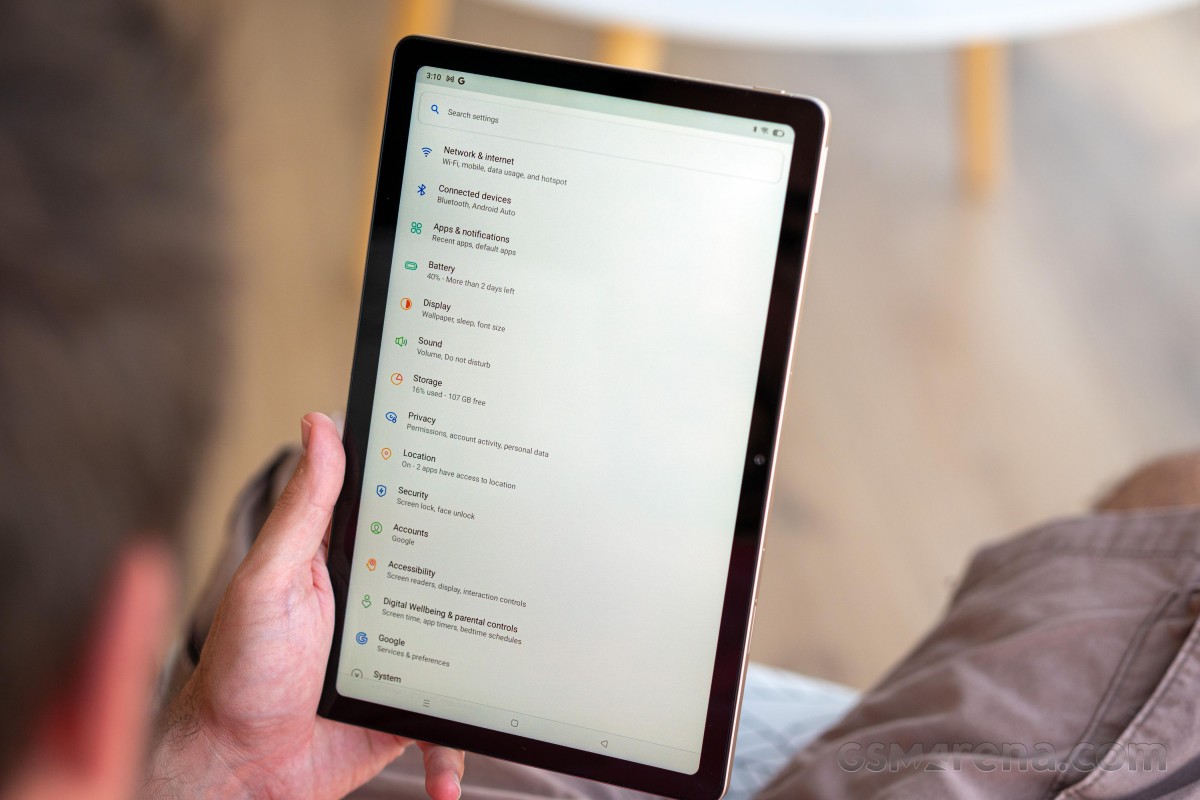 The CPU performance is okay for a budget tablet. It may not be chart-topping, but we consider it adequate.

The GPU performance is close to what the much more expensive Galaxy Tab S7 FE can offer. It is underwhelming, obviously.

Finally, the AnTuTu score suggests the Realme Pad is indeed a budget device with budget-fitting performance capabilities. Its SoC doesn't get hot when running in peak performance and you won't feel any hot spots on the tablet.

We also ran some stress tests, and the Realme Pad did great, for what's that worth. The Pad scored 85% stability on the 1-hour CPU Stress Test and 99.6% on the 3D Mark Stress test.

The Realme Pad offers a mostly smooth UI experience - some loading times happen, and we saw it stutter once or twice, but that's it. Most office and streaming apps run well, 1440p YouTube videos are an easy task, but gaming is doable, but not that enjoyable.

The Realme Pad was made for multimedia in mind, and it does that job right - scrolling, streaming, chatting, calling, working with office apps, everything but gaming and video editing run well. We'd say that's enough for the budget segment, and you should be alright if you adjust your expectations accordingly.