Motorola is set to make an announcement of February 23 and as we enter this month, we’re hearing more about Moto G8 variants that are yet to be released. Long-time smartphone leaker @Evleaks has posted a render with three different Moto G8 variants. 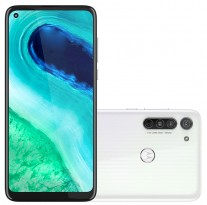 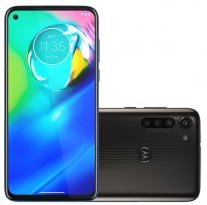 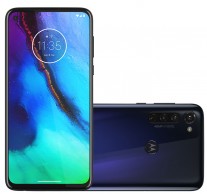 Unfortunately, it’s difficult to make out the subtle differences between the three devices, however, Blass is referring to the Stylus device by a new name. It was previously dubbed the “Moto G Stylus” but with this news, it’s suggested the new stylus-clad Moto phone is part of the Moto G8 family.

All three devices feature full screen displays with punch-hole selfie cameras. The G8 and G8 Stylus have triple cameras while the G8 Power appears to have four. All three have a fingerprint Moto batwing logo. Based on previous leaks and rumors, the G8 is expected to come with a 6.39-inch HD+ LCD display.

The Moto G8 is rumored to come with a 4,000 mAh battery while the G8 Power is expected to come with a 5,000 mAh one and both are powered by the Snapdragon 665 chipset. Both will have 8MP and 25MP selfie cameras, respectively.

As for the G8 Stylus, this one is expected to have a 6.36-inch FHD+ screen, like the G8 Power. As well, there’s a triple camera setup on the G8 Stylus consisting of a 48MP main camera, a 16MP ultrawide, and a 2MP macro shooter. All this along with a 4,000 mAh battery.

All three models are expected to come with a 3.5mm headphone jack, but the G8 Sylus will come with an integrated stylus slot.

More is to come from Motorola as we approach the company’s February 23 event date where it’s expected to reveal more about these devices at MWC.

It's not LG, it's Motorola, where G series was always mid-range, the Z series was flagship.

g8 is going to be compact?

So G series now comes as midranger, with som SD665 SoC!? Too bad....if that' s not mistake, I hope that V services will be something special