What would happen if you were to stretch the Galaxy J5 (2017)'s display from a 5.2-inch 16:9 to a 5.6-inch 18:9 aspect while keeping the physical dimensions mostly unchanged? Well, for one, you'd run out of room on the front for the fingerprint sensor. 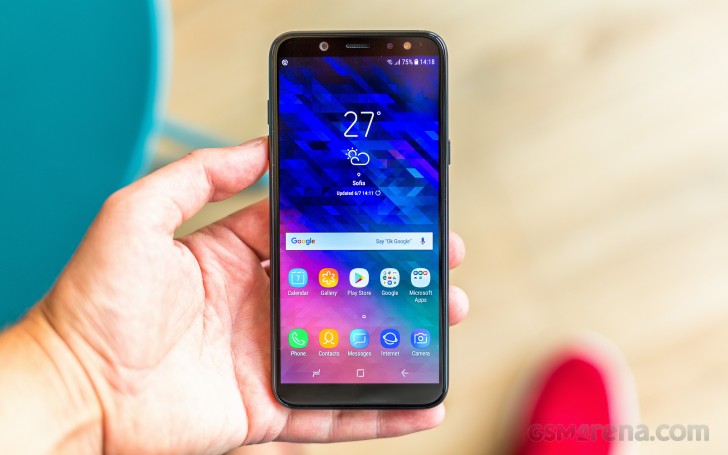 No worries though, the A8 (2018) has a solution and the A6 (2018) is happy to use it - fingerprint reader on the back below the camera. We saw the same design on the Galaxy J6, which isn't all that different from the the A6 in a lot of respects. 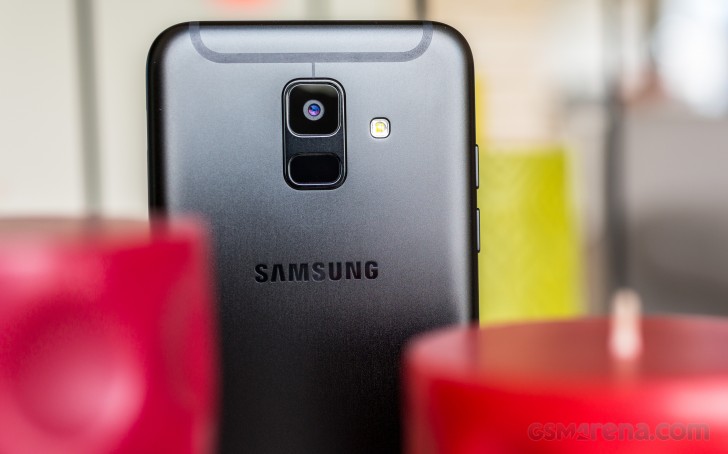 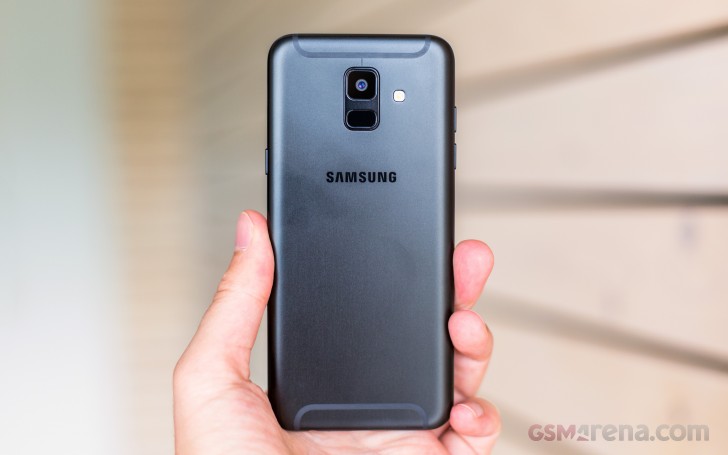 The satin finish isn't the grippiest, though it's not like we felt we'd drop the A6 when handling it. The phone does pick up fingerprints, but they're not as unpleasant as on a glass-backed phone and are relatively easy to clean. We're speculating that on lighter paintjobs, they'd be practically invisible. 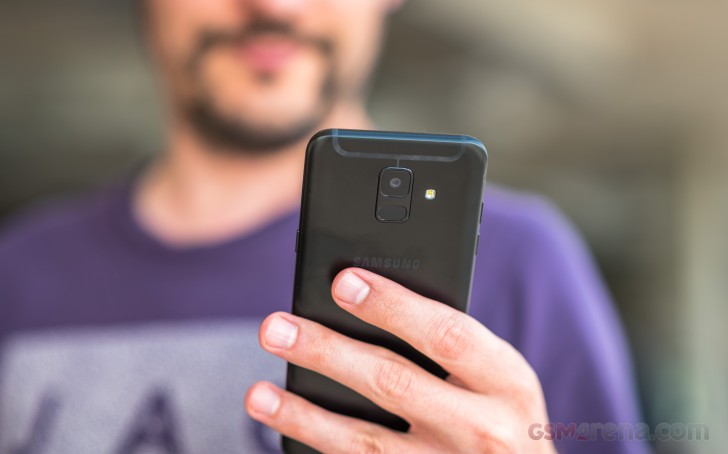 Over on the front, the display has eaten up some of the chin and forehead, though there are no fancy curved edges or rounded corners - a no-nonsense 5.6-inch Super AMOLED. We're not entirely sure Samsung's quite right to call this an 'Infinity display' - it is in a tall aspect, yes, but the bezels aren't really minimal. 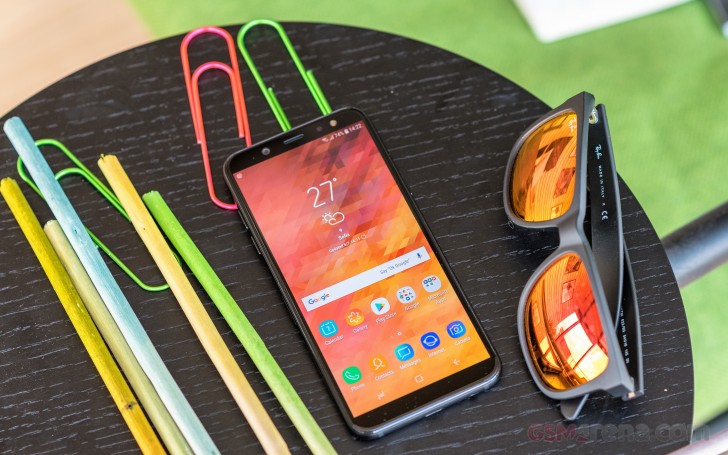 Up in the top one, there's an earpiece where earpieces tend to be. The selfie camera is to its left and, unlike the A8 (2018), here it's a single one. The front facing flash is here to stay, which is always nice. Naturally, an ambient light sensor and a proximity sensor complete the list of stuff above the display. Wait, that means there's no notification LED? Precisely. There's nothing below the display - the J5 (2017) had the physical home button and the capacitive keys there, but these are no more. 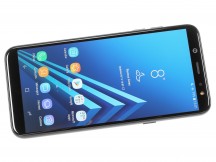 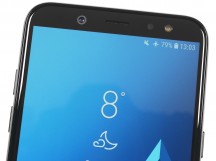 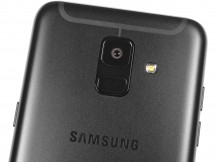 It does have some physical buttons, the A6 (2018). One of those is on the right - for power, two more on the left - for volume. The left side is pretty crowded too - there's one card slot that takes a nano SIM, and another card slot that takes a microSD card and a second nano SIM for the dual SIM versions. Yay to dedicated microSD slots! 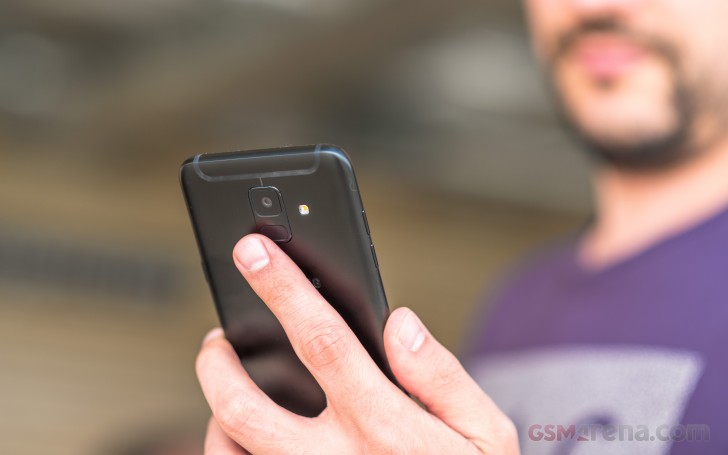 We're not half as excited about the microUSB port - what year is it, Samsung? And even if we'd let it slide on a budget phone, the A6 (2018) is priced at around EUR300, and the lack of USB-C is unacceptable. At least there's a 3.5mm jack. There's no loudspeaker on the bottom, you might have noticed - that's because it's on the right side above the power button, as has been the recent norm in the A and J series. 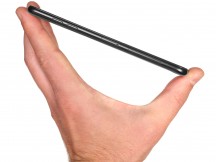 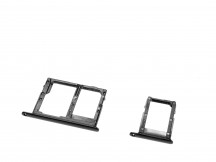 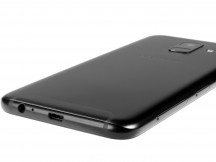