The way we see it, if you're looking at the Galaxy Note10 Lite, you must be after a phone with a stylus. Being all out flagships, the regular Notes could attract a more general audience with the S Pen coming as a bonus or a nuisance. But the Note10 Lite's very existence hangs on the premise for offering the S Pen experience at a lower price than the current crop of stylus wielding flagships. 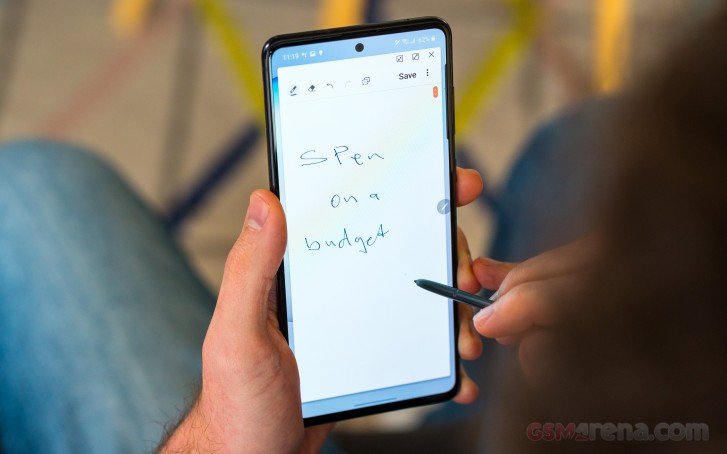 At €600 the Galaxy Note10 Lite costs about as much a Galaxy Note9 in Europe, while in India, the older model is actually a good 20% more expensive. The Lite comes with an extra camera (no ultra wide on the Note9) and, being newer, potentially longer software support. The Note9, on the other hand, has the IP rating to go with its more premium build and a sharper, top-quality display (not that the one on the Note10 Lite is bad).

A small premium to the tune of €50 will get you a Galaxy Note10 proper. You'd be getting the newer and more powerful chipset, IP rating and higher-tier display, though it is smaller than the Note10 Lite's. But that could be exactly what you're looking for - the Note10 is a lot more pocketable and lighter than the 10 Lite. The 10 also comes with twice the storage (faster too), albeit it's missing the microSD slot. It's missing a headphone jack too, and if you're particularly dongle-adverse the Lite has you covered.

That price difference of under 10% in Europe looks differently in India, however - the Note10 is nearly twice as expensive as the Lite, so we're heavily leaning towards the Lite as the better value.

Another stylus-equipped option comes from an unlikely direction - the just-announced Moto G Stylus. Its market release is a good two months away, but that's not really its main issue - it's packing inferior hardware across the board. With a lesser chipset, less capable camera setup, LCD instead of an AMOLED, it's nowhere nearly as exciting. Though it does have stereo speakers. Ah, and it's less than half the price of the Samsung. So it's not entirely unreasonable.

We were more than a little confused when the S10 Lite and Note10 Lite came out at the very beginning of the year. What were they and who were they for? The S10 Lite couldn't answer that question in a satisfactory way, but the Note10 Lite might actually make sense.

It has every right to carry the Note and the Lite branding, with the Lite in the end making a few excuses. It's up to you to decide how much of a dealbreaker the missing stereo speakers and IP rating are and whether you can live with a 2018 chipset. But finding a capable smartphone with a stylus has so far meant one of two things: 1) going for the current Galaxy Note and that's essentially Samsung's most expensive offering, or 2) opting for a year-old Galaxy Note with the implications that carries in terms of software support.

With the Galaxy Note10 Lite, however, you now have a third option. In a package more affordable than the Note10 and Note10+ (even half-price in some markets!) you're getting the S Pen, latest software, and some of the best image quality from a non-flagship device. The aging top-tier chipset is still a better option than the beefiest of current midrange alternatives, there's battery life to spare and the display is easily good enough, if not the absolute best. So, yes, the Galaxy Note10 Lite is well worth considering if you're looking for a stylus inside a great all-round phone, but you would rather not pay the heavy Note10 price. 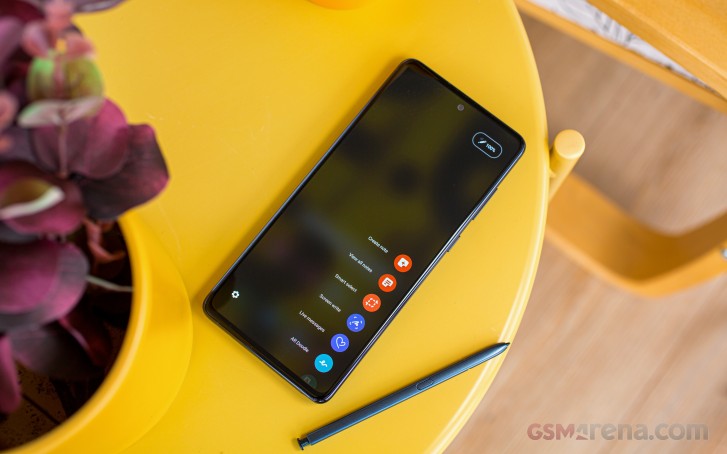