Xiaomi Redmi 5 will arrive on December 7, but with so many leaks there might not be much left to announce. We already saw what the phone will look like and learned a bunch of its key specs. Latest information reveals that the Redmi 5 will have a dual hybrid SIM slot and run MIUI 9 out of the box. 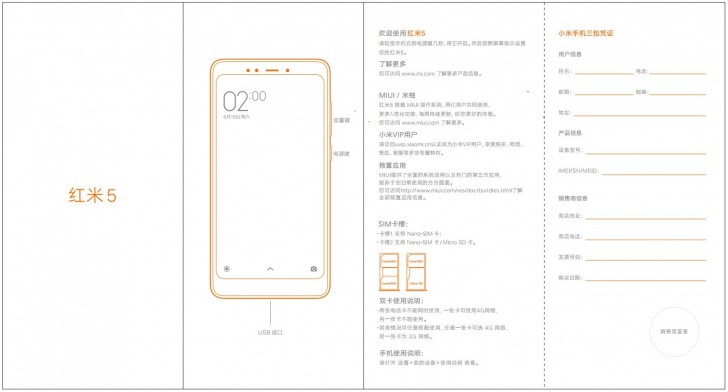 According to a leaked PDF that appears to be the warranty card, the Xiaomi Redmi 5 can have either two nano SIM cards or one, coupled with a micro SD. There is a disclaimer that only one of the cards can use a 4G network, meaning the Redmi 5 will most likely have either a Snapdragon 625 chipset or Helio P20 by Mediatek. 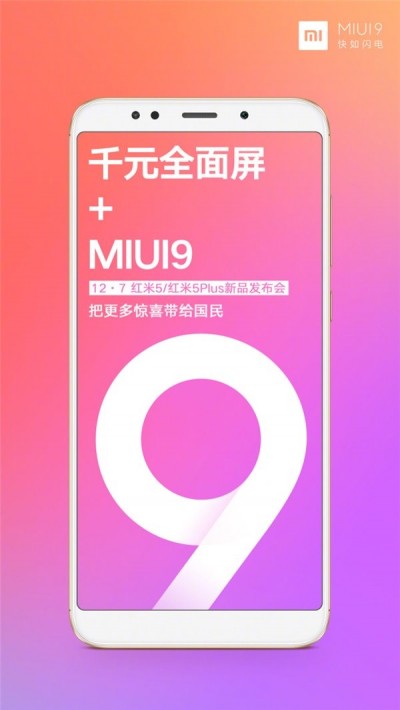 The MIUI 9 teaser was officially posted on Weibo by Xiaomi with an already familiar slogan from previous leaks. It says “A phone for a thousand”, implying the Redmi 5 will cost CNY1,000 or $150.

Source (pdf in Chinese) | Via

Redmi 5 will be launch this 7 december and Redmi Note 5 is highly possible to be launch on January base on its predecessors (RN3 and RN4) history.

I am so confused. If this is R5 and coming on Dec 7 then when is RN5 will be launched? Everything seems so confusing to me.

"Redmi 5 will have a dual hybrid SIM slot" Hope they will announce at least one mid-end phone with an actual dualSIM slot, not that hybrid one... Ruined Note 4 and Mi A1 for me...