Screen bezels are an inevitable imperfection of modern smartphones. That is unless you get the ZTE Nubia Z9, the phone that magics the side bezel away. This mobile David Blaine has flagship ambitions with a design - and price! - to match. 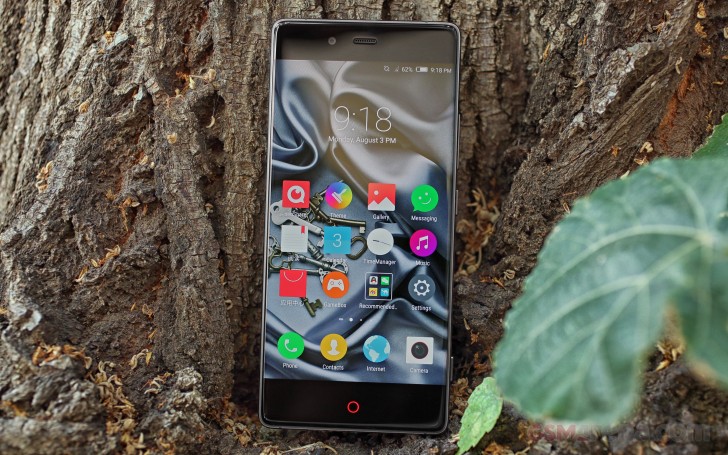 ZTE's designers employed optical effects to hide the bezel. The chamfered 2.5D glass bends the light from the screen in a way that makes the image appear wider than the actual screen itself. That's Arc Refractive Conduction or, simply, ARC.

It's more than vanity though, the non-bezel screen lets you touch the screen glass to perform gestures - a thing called FiT (Frame Interactive Technology). What makes this system special is it ignores unintended touches, while waiting for gestures. You can squeeze the phone to unlock it, swipe to switch between apps, swipe with two finger to adjust the volume. A new, tactile way of interacting with a smartphone we've only seen in crude prototypes before at trade fairs. That alone should count for something.

Besides the bezel disappearing act, the Nubia Z9 boasts a metal frame sandwiched between two panes of 2.5D glass, a fast chipset and an optically-stabilized 16MP Sony camera with 2160p video recording.

That's just what you get in the Classic edition, but there's a higher tier. The Exclusive edition brings a fingerprint sensor, goes from 3GB of RAM to 4GB and doubles the storage to 64GB. The fingerprint tech is called TiO - Three in One. ZTE certainly likes its abbreviations. The brand name gave that away a long time ago. TiO refers to the phone's ability to read your fingerprint when you are pressing one of the three buttons: Power, Volume Up and Down. Unfortunately, we only have the Classic edition so we won't get to give this one a try. Sigh!

But we can't wait to walk you through what the Classic edition has on offer.

How do i change my Nubia Z9 to English version?

I brought z9 mini from eBay on 2 nd Feb.the phone was dead the day when I received and eBay did not covered for replacement n I was forced to send for service center n still I have not receive the phone.