The upcoming Moto M is one of Motorola's most-leaked smartphones in recent memory. It's unclear if this has anything to do with the fact that it will combine a full metal build with a rear-mounted fingerprint scanner (the latter being a first for a Moto device), or with the fact that it's expected to launch in China first. Either way, we've seen a lot of leaked renders and live images depicting the Moto M. Earlier today, it was found in the AnTuTu benchmark's database, and now we have another set of leaked hands-on pictures showing the handset. Here they are for your viewing pleasure. 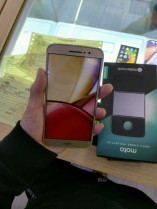 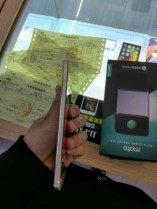 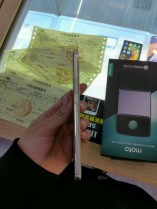 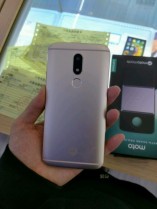 There's nothing new to report regarding the M's design, since we've glanced at it so many times already. Motorola's parent company Lenovo is said to finally unveil the Moto M next week, on November 8 to be precise. Hopefully that will actually happen, so all of these leaks will die down.

Is it having IR blaster to control tv Ac set top boxes..?

Or SD in China and MediaTek for the rest of the world... or only MediaTek. Let's wait for the official unveiling instead of making wild guesses.

motorola under lenovo is shit.. pity hows google came into an idea to sell motorola to lenovo..