Just like its more compact cousin, the iPhone 6s Plus brings superior imaging, 3D Touch, a beast of a chipset and double the RAM and those surely make it a worthy upgrade. Plus, the screen size and resolution help Apple compete in a segment clearly dominated by Android.

The iPhone had been stuck on 8MP since the 4s and meaningful strides in the camera department were long overdue. So, the 6s generation has finally made it into double-digits. It's just that the new 12MP shooter isn't the ultimate in smartphone imaging, with or without OIS.

This new camera can now record 4K videos too. Setting aside the fact that it's been the flagship standard for about 2 years, the iPhone 6s Plus fares better on that front with high levels of detail and wide dynamic range. Just make sure you don't do anything stupid by getting a base 16GB model - 3 minutes of 4K video go past the one gig mark and you'd want to have some apps on that phone too. 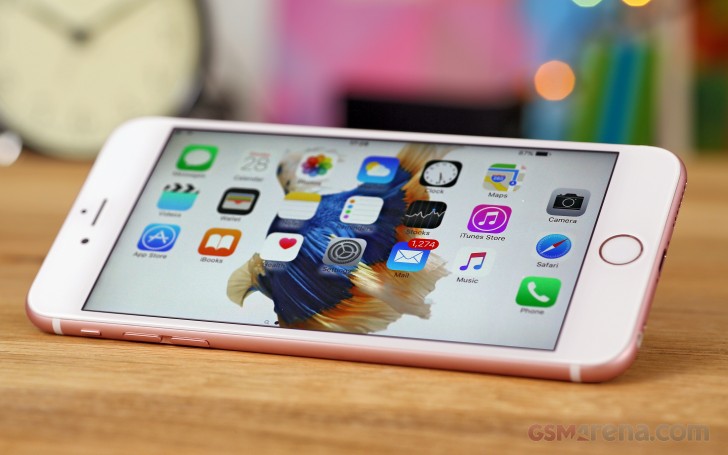 Giving credit where it's due, the A9 chip is a monster. Per-core performance is unmatched, GPU scores are off the charts, and the 2GB of RAM help deliver a blazing fast experience whether you're shuffling screens or playing elaborate games.

The culprit behind the added heft this year, 3D Touch, is just cool. Which is to say, it's interesting, novel and has potential, but will take some time to reach maturity and wide adoption. Perhaps with the iPhone 7 and on, there will be a diverse app base turning it into yet another feature we take for granted.

If you're coming from the iPhone 6 Plus, the dilemma hinges on 3D touch and the future-proof 4K videos recording. For stills, the new 12MP camera isn't indisputably superior to the old one. You will also get a slightly better battery life, but the old Plus wasn't too bad in this department either.

If you've skipped the 6 Plus though, and you're finally ready to move into phablets from your 2-year-old 5s, the benefits are there. For the $100/100E more you'd spend on the 6s Plus over the 6 Plus, you'd get an overall superior device with hardware that will remain relevant a lot longer.

Clearly, the Plus series are Apple's extra line of defense. There're iPhone users who wouldn't even bother looking for an alternative - whether it's the consistently positive experience or the investment in the ecosystem, or both. But if the idea of more screen real estate should cross anyone's mind, the first option to even think about would simply be a bigger iPhone.

Even better if some Android converts can be taken onboard in the process. Here's the catch though, Android flagships keep on pushing the specs. The Samsung Galaxy S6 edge+ is on top of that list and gives you a larger 5.7-inch QHD display in a smaller and much lighter body - if weight is important to you go to a store, hold both, and feel for yourself what we mean. The S6 edge+ will give you better photos too, and Samsung Pay, if you're into that.

Depending on where you are in the world a 64GB version could be either cheaper or more expensive than the iPhone 6s Plus, go figure. But then you can get a usable 32GB variant of the S6 edge+ for less, an option you don't get with the 6s Plus.

And if you're willing to be a little less extravagant, there's always the Note5 - essentially the same hardware as the S6 edge+, but easier on your pocket. This one comes with an S Pen and should be cheaper than an iPhone 6s Plus no matter the region, provided it's available at all (wink, Europe).

The new Nexus line is just out and the Nexus 6P is a worthy contender. It is virtually the same size physically, but lighter, and with a larger 5.7-inch display at that. The Huawei-made smartphone has a 12.3MP sensor, a fingerprint reader on the back and the latest Android OS.

We're yet to see a production Sony Xperia Z5 Premium but from the early prototype we got to play with, it's a very promising premium smartphone. You get, well, premium build, reminiscent of older glass-backed iPhones, and a 5.5-inch display of 4K resolution, a first on a smartphone.

Judging by pre-order prices, the Z5 Premium might actually be cheaper than the iPhone 6s Plus, though again, hardly a decider in this segment. You will need to wait for this one, while the iPhone 6s Plus is available now. Alternatively, you can go for the plain Z5, and enjoy most of the benefits of the Premium, save for the 4K display, for an even lower price.

You can mix and match LG G4 and the LG G Flex2, get both, have money to spare and still show off an eye-catching device with top-notch hardware. Each will give you microSD expansion, and a laser-assisted camera with more resolution, and perhaps better image quality than the iPhone 6s Plus. The LG G4 has the added benefit of a replaceable battery, if you like that sort of thing.

OK, we know this isn't quite how it works but in theory you can get two fine flagships cheaper than an iPhone 6s Plus. Consider Apple's expensive storage upgrades and things look even worse. In theory, phablets is where Apple is falling even further behind its competition.

In practice, the iPhone 6s Plus is topping the performance charts and its battery backup is no worse than that of the main rivals. Is Apple doing the right things while the others are trying too hard? It's not that simple. But Apple makes it look so.