Passing final judgment on the BlackBerry Classic depends on one's perspective about what a smartphone should do. The handset is an excellent business device, but a long way behind the latest iOS and Android smartphones in terms of features that will appeal to regular users.

With the above in mind, we must concur that BlackBerry has done a good job with the Classic. The device is targeting the corporate crowd and will tick the right boxes for its members. It is superbly built, comfortable to use, seriously looking, and full of productivity features, wrapped into a responsive, highly secure OS environment. 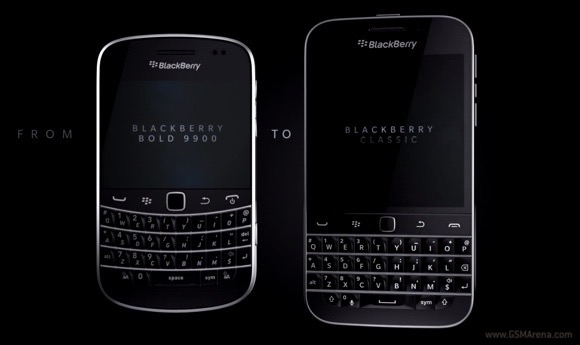 The hardware QWERTY keyboard and navigation keys of the Classic are superb to use. As good as virtual keyboards have become, we reckon that nothing beats the subtle clicks of a BlackBerry keyboard when it comes to precision, speed, and tactility. This particular feature alone should help the Canadian manufacturer move quite a few units.

Build quality and one-hand ergonomics of the smartphone are also top notch and in line with BlackBerry's best tradition. The Classic is an easy phone to work with quickly and efficiently.

With 294ppi, the 1:1 display of the smartphone won't wow you with millions of pixels. However, with good brightness and accurate colors, the screen is a quality unit despite its modest resolution. Its viewing angles could have been better, though, let's be honest, this is not a phone made to show photos and videos on.

Speaking of photos and videos, we were pleasantly surprised by the results produced by the device's 8MP camera. Both the stills and the videos captured by it came out better than we hoped for.

Our biggest gripe with its smartphone has to do with it chipset. Qualcomm Snapdragon S4 was cutting edge when the predecessor of the Classic, BlackBerry Bold 9900 hit the shelves. By the time the newcomer is up for an upgrade, its SoC will be all but forgotten.

A user-replaceable battery would have been a welcome sight as well. A traditional staple of the brand, the feature is oddly missing in its latest creation.

Finally, we wish that BlackBerry had priced the Classic a tad keener, especially considering its modest hardware. At $449 with no carrier commitment, the newcomer feels expensive for the internals it has on board.

For the time being, BlackBerry Classic is available to purchase directly from the company's online store in the United States and Canada. US carriers will offer the device down the line as well.

BlackBerry Classic is a peculiar handset, which doesn't have alternatives outside of the company's own stable. Here are a couple of other BlackBerry offerings worth considering.

BlackBerry Passport is the company's flagship at the moment. it is equipped with top-notch specs by today's standards, though its design takes some getting used to.

The Passport is available on Amazon in the US for $549.99 unlocked - only $100 more than the Classic. We highly recommend that you consider it, as, despite its quirks, the Passport is more capable device throughout.

Like the hardwareQWERTY, but don't care about the navigation keys of the Classic? Look no further than the BlackBerry Q10. Available for half the price of the Classic, the Q10 offers the same internals, sharper AMOLED display, and lighter body.

As characterful and productive as it is flawed, the BlackBerry Classic is tough to recommend as the only smartphone in your life. However, as a work device paid for by your employer and used alongside a "regular" smartphone, the handset begins to make a lot of sense.

BlackBerry hasn't tried to rediscover the wheel with the Classic. Instead, the Canadian company focused on bringing a product that carries its core strengths to its most important customers. Like the device or not, it is a success in this regard.