The Honor 20 has the same display as the Honor 20 Pro - it's a 6.26" IPS LCD panel with a punch-hole for the selfie camera. Honor 20 may be part of the Honor's flagship series and some may have expected an OLED screen instead, but in terms of pricing, it is more of a mid-ranger, so going for an LCD makes more sense. 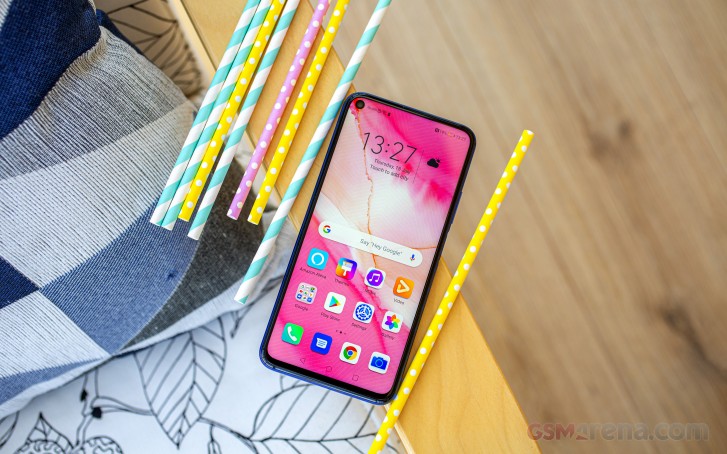 And it's a rather good LCD with extended 1080p resolution and 412ppi density.

Our display measurements captured 454 nits of maximum brightness when using the brightness slider. In Auto mode it can go as high as 483 nits, which isn't that big of a difference.

The black levels are about the average, which gave us an average contrast ratio of 1170:1, which is not exactly stellar. 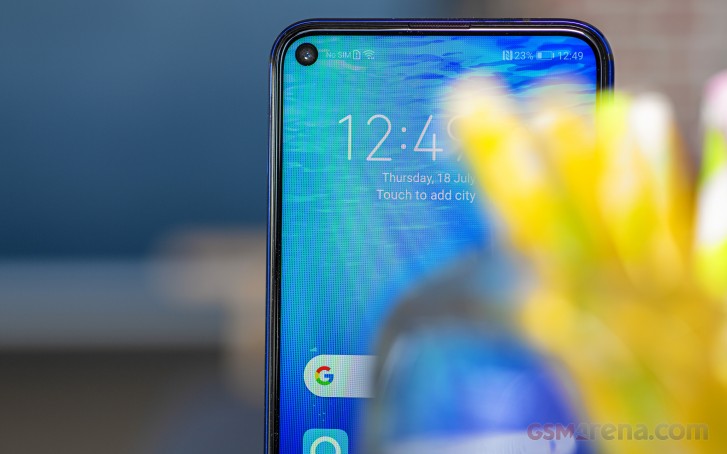 On the positive side, the screen can go pretty dim though and the minimum brightness we measured was just 1.1 nit!

Now, we weren't that impressed with the contrast, but let's see how the screen will do at color accuracy. Out of the box, the phone is set to Vivid Display mode (corresponding to DCI-P3), which has blue-ish whites and the average dE2000 is 6.0. The Vivid mode has three color temp. modes - default, warm, cold. If set to warm - the screen has much more accurate presentation with an average dE2000 of 4.0.

Switching over to Normal Display mode will adjust the color temperature aligning with the most common neutral white point (D65) in sRGB mode. The average dE2000 goes down to 1.8, which is a great result if you are after color accuracy.

The Honor 20 employs a rather large 3,750 mAh battery, just 250 mAh less than the Honor 20 Pro's. It supports Honor's 22.5W Super Charge and the phone ships with the needed cable and charger. If you use those, it takes 30 mins to recharge 50% of its depleted battery, and 90 mins for a full charge.

The screen-on battery tests produced some excellent numbers, and the 3G talk time turned out pretty great, too. Oddly, the standby performance was not as exceptional and we detected a noticeably higher battery drain in standby compared to the Honor 20 Pro. This is the main reason for the difference in the final endurance ratings of the two phones. Still, as far as SOT is concerned, the Honor 20 is a champ. 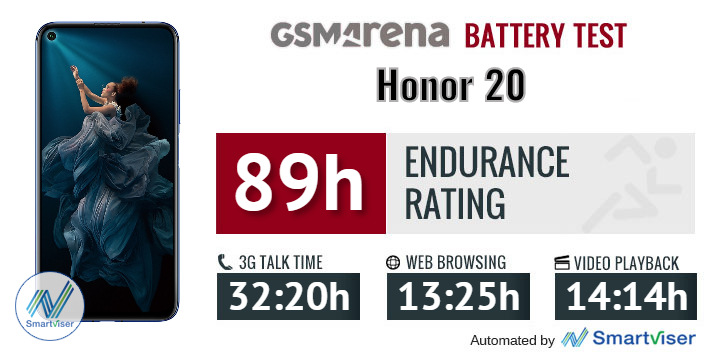 Our battery tests were automated thanks to SmartViser, using its viSerDevice app. The endurance rating above denotes how long a single battery charge will last you if you use the Honor 20 for an hour each of telephony, web browsing, and video playback daily. We've established this usage pattern so that our battery results are comparable across devices in the most common day-to-day tasks. The battery testing procedure is described in detail in case you're interested in the nitty-gritty. You can check out our complete battery test table, where you can see how all of the smartphones we've tested will compare under your own typical use.

The Honor 20 has a bottom-facing loudspeaker, which scored a Very Good score in our loudness test. It had peaks of 88dB at times, but we won't be putting those in our charts as they were more like sonic artefacts rather than a sustainable achievement. 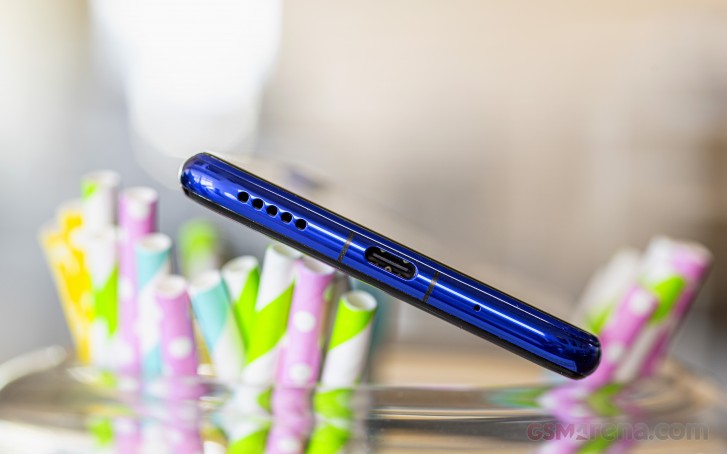 Indeed, the speaker sounds nice if you are not at the maximum level, but as you increase the volume, sound was not as good.

Much like its Pro sibling, the Honor 20 had surprisingly poor stereo separation when hooked to an active external amplifier. Unlike the more premium phone, though, the 20’s other readings were excellent and the loudness was above average. Still, even entry level phones have no weak points in this test nowadays so we are a little disappointed with the Honor 20 performance.

Once more from an Honor phone we had the peculiar case where stereo crosstalk actually improved with headphones. On the other hand some intermodulation distortion appeared, and loudness dropped to below average so while the Honor 20 sits higher in the pecking order here it’s not gonna win any bonus points.

We do suspect a part of the reason might be the company’s audio tuning software, which can never be entirely switched off. You get to pick between auto and natural settings in the pursuit of the most accurate audio reproduction, but neither quite pulls it off.