Honor is sticking to the tried and popular glass-sandwich design with the 8X and we're not blaming them. The 8X is an affordable phone and Honor could have easily recycled one of its previous designs. But it did not.

While Honor has cut quite a few corners to make the Honor 8X work, the budget for the design is among the few things that didn't get a cut. While the phone does not break from the recent trends, the maker has still found a way to make it unique. And keep it simple, of course. 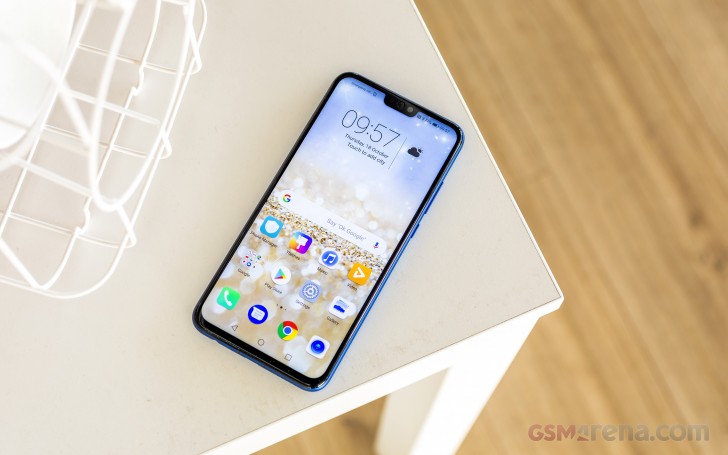 The front is home to the 6.5" large LCD and its easily noticeable cutout. The notch accommodates all the essentials - the earpiece at the center, flanked by a couple of sensors on the left, and the 16MP selfie snapper on the right. One very tiny and dim notification LED is also around.

All but the bottom bezels are incredibly thin for an LCD screen, but that's the case with most edge-to-edge displays these days. The chin is where the display controller is, and it is a costly thing to trim - check the iPhone XR price for reference. 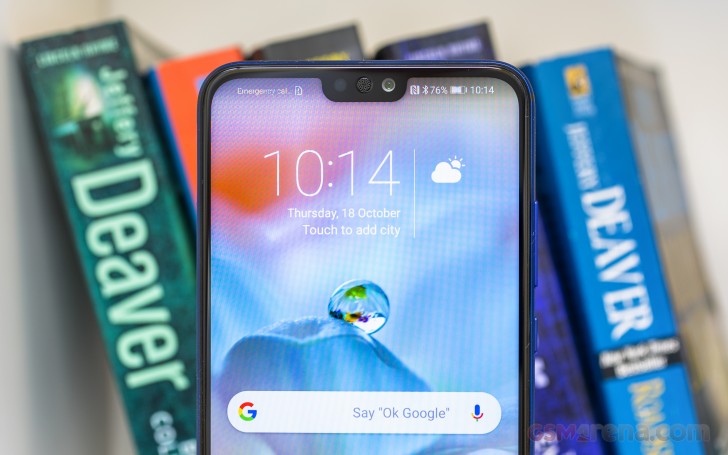 While Honor hasn't shared this on its official pages, the front glass keeping the display out of harm's way should be a Gorilla Glass 3. It's a flat one with very subtle 2.5D finish on the edge.

The back is where the maker has poured its creativity and efforts, and it has paid off - the Honor 8X has quite a unique look, and it quickly grew on us. The left portion of the glass, housing the dual camera setup, features a different texture and a less-glossy finish. A nice little detail to set it apart from the Huawei/Honor crowd. There are a total of four available color options, including Black, Blue (which we are fans of), Red and Pink. 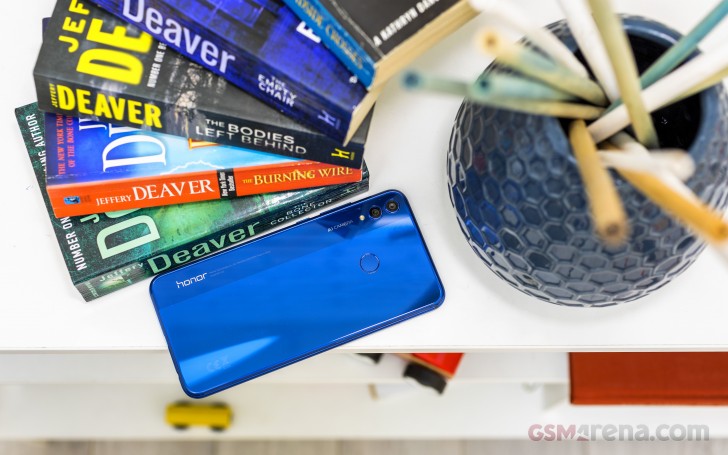 The two cameras aren't sharing a common hump - they have their own metal rings, still bulging, though. The phone does wobble when you put them on a flat surface. But we are quite sure nobody will leave that rear glass without protection as it is not a Gorilla and scratches easily. That's where the provided silicone case comes in though, so you are ready to rock right out of the box. 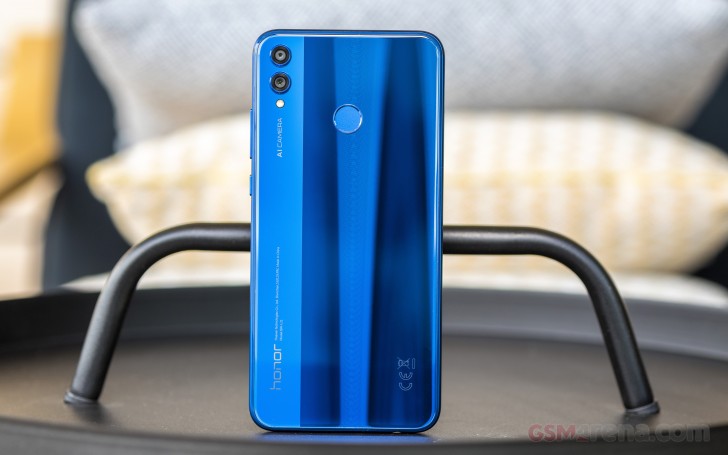 The always-on and blazing-fast fingerprint scanner is rear mounted.

Finally, there is a solid metal frame that holds everything in place and it is nicely matte for a change. It is the only thing that provides a grip on the Honor 8X, but what a grip that is. We are not sure if Honor got lucky with the shape and sandblasted-like finish, but the frame offers an excellent grip and we always felt the 8X secure in hand when not using the bundled case. 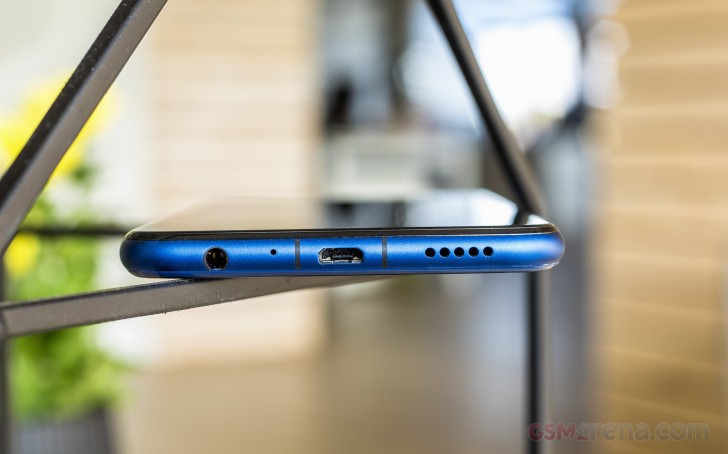 The Honor 8X has all the necessities - an audio port, a tri-slot for two SIMs and a microSD, a second mic for noise-cancelling, and a microUSB port. The latter is a bit of a disappointment but knowing how long it took Huawei to ditch the Kirin 6 series, we are not holding our breath for USB-C ports coming anytime soon.

Now let's take a close look at that screen and see how it fares against the competition.