The HTC One Max is a solid phablet - there are no two ways about that. The awesome screen is nicely complemented by the front-mounted stereo speakers and excellent battery life to round off one of the best devices around for gaming and watching video. Granted, the built-in video player is rather limited in terms of codec support, but that's nothing a quick trip to the Google Play Store can't fix.

There's also the metal unibody, which makes sure that the One Max is one of hottest looking phablets you can get (and it would look even sharper in black, if there ever is a black version).

Unfortunately, even a solid foundation like this one is not always enough considering the kind of competition that the One Max is facing. With a price-tag matching that of the Samsung Galaxy Note 3, the HTC phablet can't afford any compromise if it so much as hopes to win this around. Sadly, it does make a fair share of those. 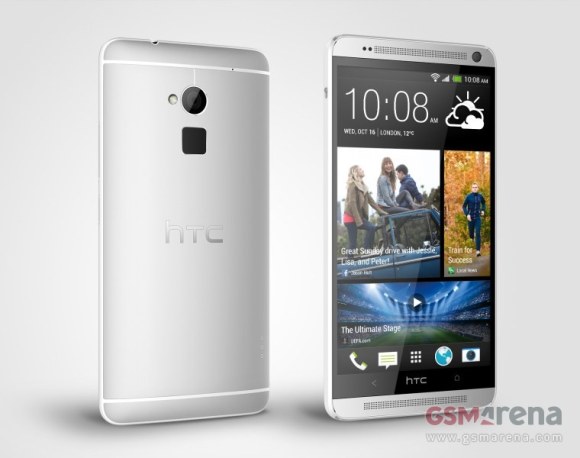 The UltraPixel camera is basically a one-trick pony (with only low light photos worth their salt), and without OIS even that might be an overstatement. There's also the chipset, which while certainly snappy, is not the stuff flagships are made of these days. Snapdragon 600 is good enough, but Snapdragon 800 is better and it makes for a difference that you can actually feel.

The less than optimal usage of the available space at the front is also somewhat of an issue. With a screen diagonal that's only a fraction of an inch bigger than that of the Galaxy Note 3, the One Max is 13mm taller, 3mm wider and 2mm thicker than the Note, which for some is already too big.

The HTC One Max faces a much harder task than the HTC One had at launch. Earlier this year, the HTC One was able to happily match the Galaxy S4 for processing power, had OIS to back up its low-res camera and had a distinct advantage in looks and build. But the Galaxy S4 is no longer the smartphone to beat this season and the One Max doesn't have any advantages whatsoever. Sure, it does have the unique fingerprint sensor, but it's so limited functionality at this stage that it would hardly make a real difference.

And if you are willing to look past the meanest fish in the phablet pond (the Note 3), you will see another major competitor for the One Max. The Sony Xperia Z Ultra packs a massive 6.44" Triluminous display, which makes it the biggest fish in this pond. Sony hasn't been particularly careful with the bezels either, but the Xperia Z Ultra packs a Snapdragon 800 chipset and costs €100 less, being waterproof at that, so it's certainly worth a second look even if it's the most unwieldy of the phablet species.

The final phablet worthy of your attention is the upcoming Acer Liquid S2. Offering 4K video recording and a ring LED flash, the Snapdragon 800-powered beast might turn out to be the dark horse in the phablet race.

So in the end, the HTC One Max is a solid device that has more than enough to keep you happy, but it may have a hard time luring you into the store in the first place. Unless HTC delivers a prompt upgrade that makes the fingerprint scanner a real game-changer, it will probably have to cut the One Max's price a bit to keep the phablet relevant.