Huawei has long had a spot on the smartphone map, devices like the P8 and Mate 7 trying really hard to break new ground in the premium segment. Refined exterior and competitive specs but not quite competitive price points, Huawei wants to be a brand driven by quality, not discounts.

The Huawei P8 has the flagship looks and build quality but the matching price tag would've been easier to live with was it not for the essentially midrange performance. But as far as build and finish go, the P8 makes no compromise. It leaves that to the P8lite. 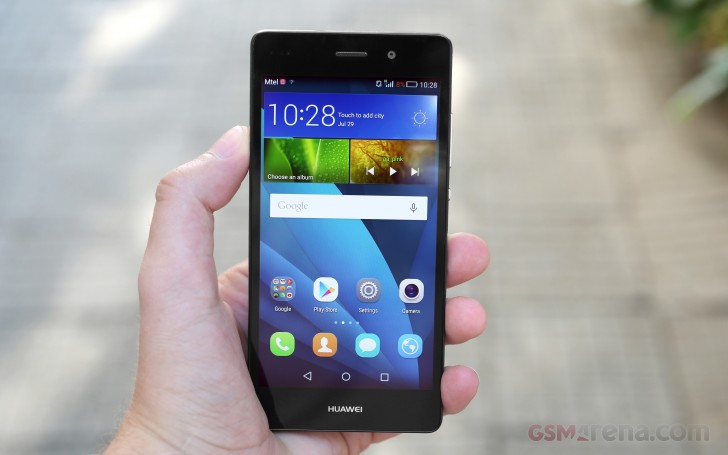 As the name suggests, it's an attempt at an affordable but equally stylish alternative of the flagship, from which it does take a lot of design cues. Of course, to nearly cut the price in half Huawei had to swap metal for plastic and most of the hardware has been toned down more than just a notch as well. Still, the look and feel is there - and for a fraction of the price.

As you can surely guess, like most other Huawei handsets, the P8lite is powered one of the company's custom chipsets - the HiSilicon Kirin 620. There is also a Snapdragon 615-based variant of the same device, bound to the US, but most units you're likely to come across have the Kirin chip. This custom architecture is a bit of a gamble but, at least, in this price bracket it will compete against the likes of Qualcomm's S615 and even 410.

We got our hands on both versions so we'll be able to give you a comparative look on how they fare in the performance and battery life departments.

Huawei might have skipped on some premium finish on the P8lite, but the build quality is still impressive. The phone looks quite sturdy, everything is tightly assembled and fits nicely. The frame even does a pretty good job at emulating a brushed-metal finish and can definitely be confused for the real thing, even up close.

The custom chipset, however is slightly off-putting. Kirin chips have frequently failed to deliver high-end performance in the past so that's one thing we'll certainly watch closely. And the 64-bit Kirin 620 is significantly underpowered compared to the Kirin 930 inside the P8, so we don't really expect much from the eight Coretex-A53 cores, running at only 1.2 GHz. The Mali-450MP4 GPU has also consistently failed to impress. We certainly have higher expectations of the US-only Snapdragon 615-based version.

Let's not rush to judgment though. Follow along to see the Huawei P8lite from every angle before we proceed to benchmarking.

Good day! As an EMUI 3.1 user for almost 5 years, I'd like to tell something. Even though I'm using Honor 4c, both of them are almost just the same. There is actually a way to hide an app. To do so, the user is supposed to pinch like zoomin...