Two years ago, LG took a chance and surprised everyone with the G2. The G3 upped the ante and the G4 makes it a streak. LG's top offering mixes unique design with unique features in a winning combination.

The build quality is top-notch and we think the phone looks great in leather. The plastic rear covers are not as impressive but by no means of poor quality. From experience with the Moto X, we're slightly concerned about how well the leather will hold up but if LG did it right, the G4 will age more gracefully. The phone fits well in the hand, the curved shape takes a while to notice but it does have a positive impact on the usability.

There's no question LG got the screen right - it's super sharp, contrast and black levels are great, colors are pleasing without overdoing it. Next to the LG G3 it's a massive improvement. 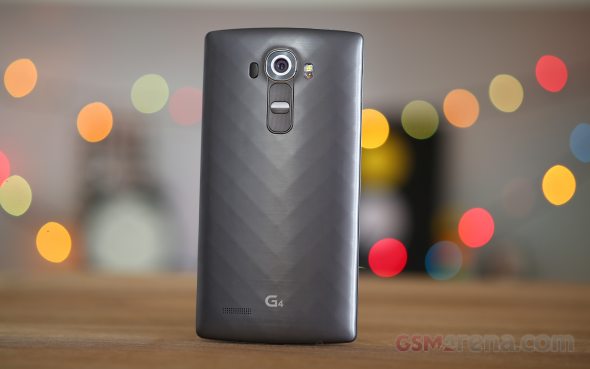 The choice of chipset seemed a bit controversial at first, but overall performance is as good as the Snapdragon 810 and a solid improvement over the previous model. One area where the LG G4 falls behind its flagship rivals is gaming - it's just too hard a challenge at native QHD resolution. Games will have to render at a lower resolution and upscale, which isn't the best use of this wonderful screen.

Finally, the camera is brilliant. It captures the scene in great detail, preserving both shadows and highlights and with accurate colors, too. The wide aperture and OIS help the phone do quite well in the dark. We had some photos off focus though. The panoramas turn out amazingly detailed.

Videos were good, they carry over the advantages of the still camera (dynamic range and accurate colors) though 2160p videos are a bit soft. The slow-mo videos were smooth but very low res.

The past year displayed a trend of flagship pairs - a mass-market model with a unique version of it in tow. The LG G Flex2 is what inspired the G4's curvature, but more pronounced and actually flexible. And it has a one of a kind self-healing back.

The screen size was the same, though lower resolution (1080p) as the P-OLED panels are still maturing. It received the higher-end Snapdragon, which in the end doesn't make that much of a difference. The camera isn't as impressive, but a 13MP optically stabilized shooter with 2160p video capture is still pretty solid.

The old LG G3 is still a great phone and it's cheaper than its present day competitors. It has a 5.5" QHD screen (not as contrasty as we would have liked) and a very good camera too, you can go back to the camera section of this review for a direct comparison.

Samsung's Galaxy Note 4 and Note Edge have bigger QHD screens (demonstrating the best of AMOLED tech) and have impressive 16MP cameras of their own. They add a stylus to the split-screen multitasking and a PayPal-certified fingerprint sensor.

Real leather is not an option, but the frame is real metal and unlike the new Galaxy S6 you get access to the battery and a microSD slot.

The Galaxy Note Edge has a unique curve too, just the right side of the device instead of the whole thing. Yet, it has a much bigger impact on functionality than G4's curve by displaying various widgets, shortcuts and notifications there.

The Note pair is mirrored in the S line - Samsung has always had multiple versions of the flagship but, for the first time this season, the supposed spin-off ends up stealing the show. Samsung took a gamble but so did LG last year with the first QHD screen. The new Galaxy S6 design sacrificed the removable battery and microSD card slot. LG on the other hand didn't quite learn their lesson and the battery life of the G4 isn't any better than the G3's. At the end of the day though, Samsung's reboot against LG's refinement shapes up like the Android match of the season. You know you'd do well to watch this space for the head-to-head.

The Apple iPhone 6 Plus is from a different planet but so mincingly relevant. Its all-metal unibody is impressively slim and of the usual exemplary build quality. The screen is one of the best in the business even if it's nowhere as sharp as the QHD lot.

Add in the fast, custom chipset and polished iOS software (no multitasking though) and you get a device that has been optimized for experience more than any other.

HTC launched a barrage of One M9 versions, the HTC One E9+ is the one with the 5.5" QHD screen. It borrows the 20MP main camera on the M9 but adds a 13MP/2160p selfie camera that outshines even G4's front shooter. HTC's trademark stereo speakers are on board, while the all-metal unibody gave way to a lighter metal frame/plastic back design.

The Motorola Nexus 6 also has a metal frame and an even larger 6" QHD screen. It brings basic water resistance to the mix, stereo speakers too, and its 13MP optically stabilized camera has a rare ring flash. The Snapdragon 805 chipset is a safer (perhaps wiser) choice and you get a guarantee for fresh software. 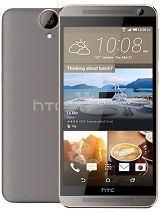 While other makers compete with glass and metal designs, LG settled on an organic design with a subtle curve and warm leather. You'll have a great time browsing the web and taking photos with the LG G4, then do some serious work on the roomy screen split between two apps. LG loyals will be pleased, while newcomers will certainly be impressed by what LG is capable of.