We have to admit this little fella caught our attention at the MWC the most. Not because it's a groundbreaking or market-shaping gadget, but simply because it's impressively cool. The bot is 20cm in diameter, with an integrated 8MP camera (it can move up and down by up to 15-degrees), loudspeaker, a microphone, infra-red sensor, a couple of LEDs, and of course, the ability to move around your house all by itself. The Rolling Bot can fully monitor your house and live stream everything that's happening real-time, with sound. There is a microSD card slot to record video and pictures, if you like.

Then it can control all of your appliances - TVs, sound systems, air conditioners, the lot. If something can be controlled via an IR remote, then the LG Rolling Bot should be able to operate it whether you are home or not. You give a command, and the Bot relays it to the appliance of your choosing.

Finally, this Rolling Bot, thanks to its camera, speaker, and mic, can help you interact with your pets even when you are not home. We thought it would have been nice if the Bot also featured a hologram projector, but those are a few years away at this point so let's not get greedy.

Now that a few months have passed since the Rolling Bot was announced, there are quite a few similar gadgets on the way. The coolest of those is probably the Sphero BB-8, coming from the latest Star Wars movie. It does similar things, costs about €150 and is double the coolness, because Star Wars. 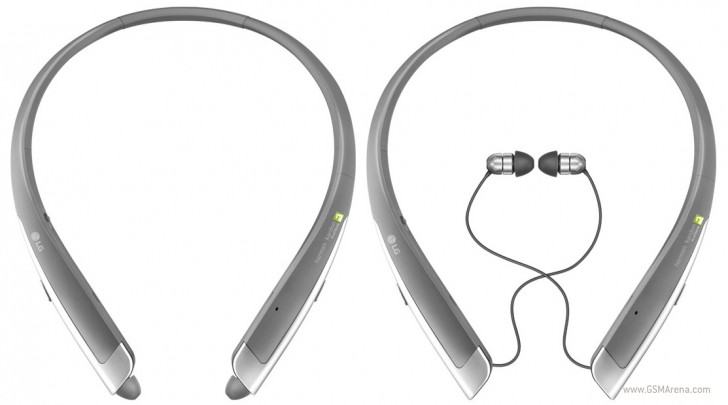 There is a catch though - you can get this 24-bit Hi-Fi audio output only via the LG G5, but other devices with the same Qualcomm aptX HD audio codec might work as well. If such thing isn't available on your device, then the quality will depend solely on its codec capabilities.

There is a dual setup of microphones for noise cancellation and voice commands. The Tone Platinum Headset is beautifully designed and is built with high quality materials, including metal. It offers dedicated call and volume controls, on/off switch, multimedia controls, and battery indicator.

We have a rather positive experience with the previous Tone wireless headphones, and we know the Tone Platinum will be worth the hefty price tag for those looking to play Hi-Fi sound though Bluetooth. And if you own the LG G5, you won't be needing the B&O module with the Tone Platinum, as those work wirelessly. But if you aren't after the Hi-Fi sound, some of the previous Tone models will do you just as good at a fraction of the price.