After passing through Chinese certification agency TENAA earlier this week, we now have our first images of the Nubia Red Magic 5G, which were added to the certification listing. The device bearing the NX659J model number will come with a dual-colored frame with the left side sporting a blue coat of paint while the right-hand-side will tout a red finish. 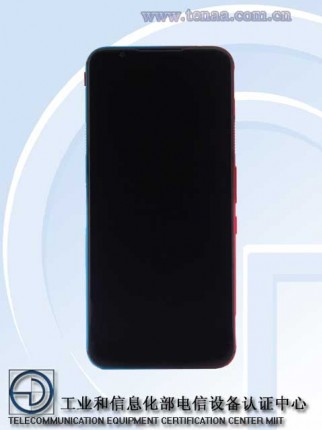 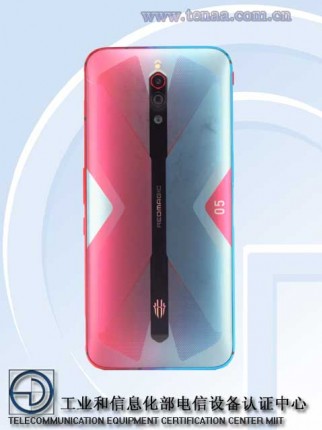 Red Magic 5G front and back

The back features a metal casing with visible grilles for the heat dissipation on the top and bottom. There’s also a long glossy strip that houses the triple cameras at the top, Red Magic branding in the middle and a logo on the bottom.

Taking a look at the sides, we see another air-vent on the right alongside what appears to be capacitive shoulder buttons while the left-hand-side also packs an air vent, alert slider and volume rocker. The TENAA listing also revealed the phone will sport a 6.65-inch display and a 4,400mAh battery. 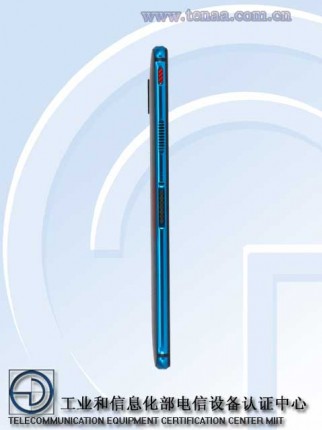 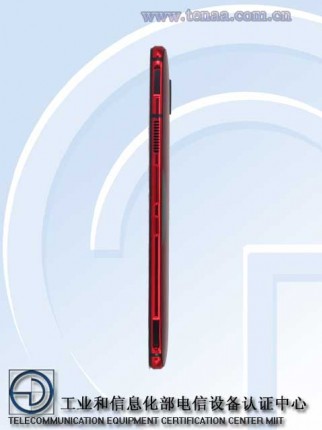 One of the Red Magic 5G’s key selling points will be its 144Hz display, making it the world's first smartphone to sport a panel with such high refresh rate. The device will be powered by the Snapdragon 865 SoC, paired with up to 16GB LPDDR5 RAM and an "air-cooled fast charging solution" to prevent the phone from overheating while charging and maintain the battery's longevity.

On the camera front, we’re expecting the 64MP Sony IMX686 sensor. Charging will top out at 55W. The phone was originally supposed to launch at MWC but as the event got cancelled it will be revealed domestically in China soon.

I admit the back design is more... polarising, literally. All that's needed now is for ZTE to being their A-game when it comes to software.

Flagship 2020 godlike killer we can say.