The nubia Red Magic 5G that we've been hearing about for the past few weeks will be unveiled at Mobile World Congress (MWC) later this month.

This confirmation comes from nubia President Ni Fei, who took to Weibo to make the announcement.

Fei also shared a couple of posters on the Chinese social network, confirming the Red Magic 5G will boast a 144Hz display, making it the world's first gaming smartphone to sport a panel with this refresh rate.

One of the images also shows the back of a phone, likely the Red Magic 5G, with a triple camera setup aligned vertically in the center, joined by the Red Magic moniker and the company logo. 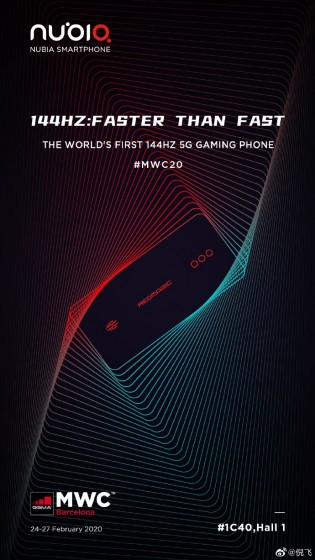 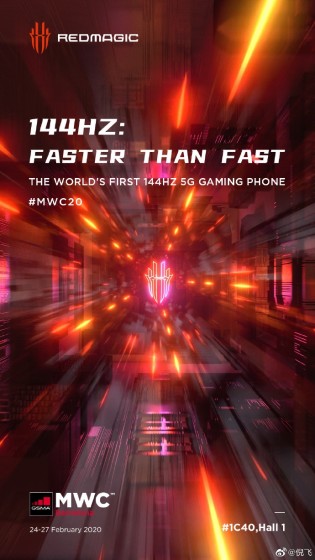 The Red Magic 5G will boast a 144Hz display

The Red Magic 5G will be powered by the Snapdragon 865 SoC, paired with up to 16GB LPDDR5 RAM. It will sport a 64MP Sony IMX686 main camera and feature an "air-cooled fast charging solution" to prevent the phone from overheating while charging and maintain the battery's longevity.

The Red Magic 5G was previously expected to come with 80W fast charging support, but it will likely charge at 55W.

If you watched a video on youtube you will not see big deferents because the youtube videos are only 60 fps. But if you using them in your hands you will see a lot of different. And if you are an apple fan so you are saying that like nobody needs...