Software is another important aspect, which has been reimagined in the Zenfone 6 compared to previous Asus smartphones.

The ZenUI 6 has a pure Android look and feel not unlike the Google Pixel smartphones. The Zenfone 6 is not part of the Android One Program, as Asus found it too basic and unoptimized and didn't allow for changes in the software. 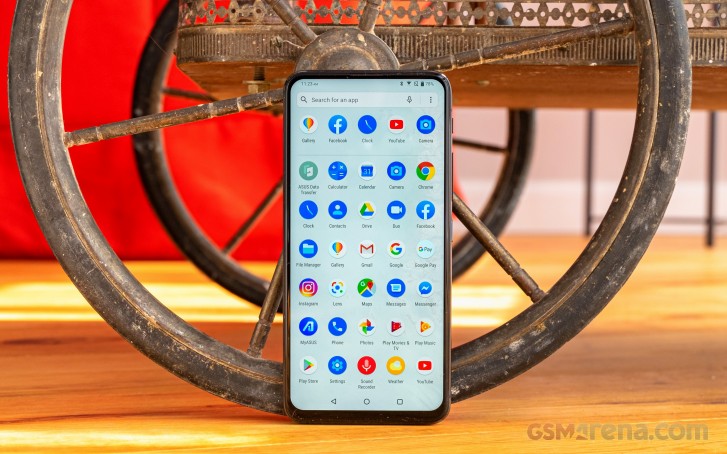 The brightness slider was moved below the Quick toggles, the toggle number was increased from the default 9 to 12. All system popups were moved to the bottom to make them easier to reach. The physical Smart Key on the right side of the Zenfone 6 by default opens the Google Assistant but it can easily be customized to do anything else you want it to - from toggling the sound modes through taking screenshots to our personal favorite - starting the flashlight.

Many of the features found in previous iterations of ZenUI, which appeared to be gimmicky, are gone now - stuff like the UI Themes, the Selfie Master or the ZeniMoji. This was deliberately done as power users wanted that experience of the clean Android.

Aside from the fact that all bloatware was removed, the Asus engineers have not removed or renamed any of the features which were already available in Android Pie - you still get stuff like Digital Wellbeing, Adaptive brightness which learns your preferences and NightLight.

Android, however, was not left all stock under the hood. Asus engineers have optimized a lot of aspects - such as the speed at which the keyboard appears, or the duration of the transitions and animations. Everything was made with an effort so that the Zenfone 6 feels as fast and fluid as possible. 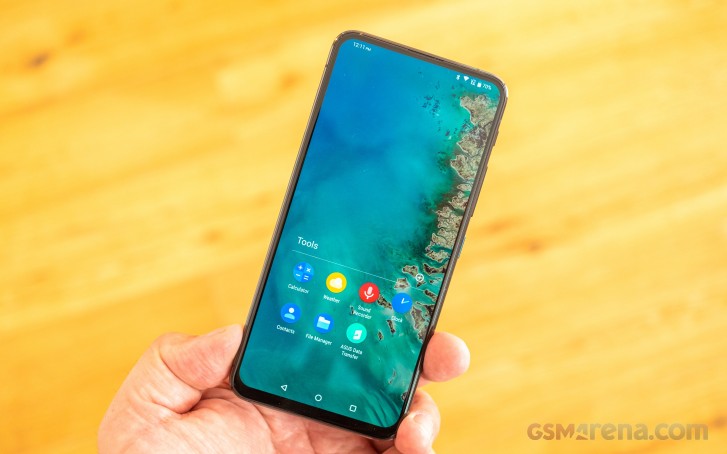 Asus also added many advanced features, which are there if you want to use them, and out of sight if you don't.

There is a dark mode on board (though it hardly has any battery life benefits with an IPS screen), you get a status bar icon manager so you can control which icons appear up there, and you get gestures for navigating the UI - both the Google Pixel pill navigation as well as the more popular swipe-from-the-bottom type of gestures which replace the nav bar keys.

Asus Power Master gives you easy to use controls over apps' auto start and background usage restrictions - it will tell you which apps drain more battery so you can chose whether you should do something about it or not.

Asus Mobile Manager allows to clean memory if you are inclined to, but more importantly, it gives you the option to clear unneeded files in the storage. It also lets you control app notifications, and decide which apps can use mobile data. In case you can't be bothered to use those, Asus has made sure they stay quite out of sight and are only found when you reach in the advanced section of the Phone Settings, which is where Asus hides a lot of the other goodies it has baked into the software.

You get access to features such as Private listening - when someone messages you with an audio file, you can put the phone to your ear and it will automatically play the audio through the earpiece instead of the loudspeaker.

You also get your standard Twin apps support which allow you to have two instances of some of the most popular social and messaging apps on one phone.

Smart volume adjust the ringing volume of the phone based on the environment. Asus has even added the option to record your phone calls - something not natively supported by Android Pie. There is the new Screen recorder, too, which allows you to record your actions on the screen on the phone along with your audio voiceover.

Asus' proprietary OptiFlex system for speeding up app launch times is on board too. Based on AI, it picks up your app usage patterns and implements advanced algorithms so the apps you need can be started faster. In the Zenfone 6 we see the latest generation of OptiFlex, which works with conjunction with Android's built-in Adaptive battery feature, which is meant to do a similar thing. Now OptiFlex combines the benefit of Google's and Asus' app startup optimization engines into one.

Finally, the phone supports DTS Headphone X and High-Res audio and the supplied headphones in the box are High-Res as well, though they didn't look special at first glance.

The Zenfone 6 will be Asus' first device to get updated to Android Q in the end of summer. It will get access to the Q beta not long after its launch and Asus is committed to updating it to Android R, too, whenever that arrives.