The Samsung Galaxy S5 Active is everything we expected it to be and more. In terms of functionality and feature set, the handset is almost every bit as capable as the SM-G900 with the added benefit of higher durability and improved grip. The aforementioned two could very well make the model the pick in the Galaxy S5 range. 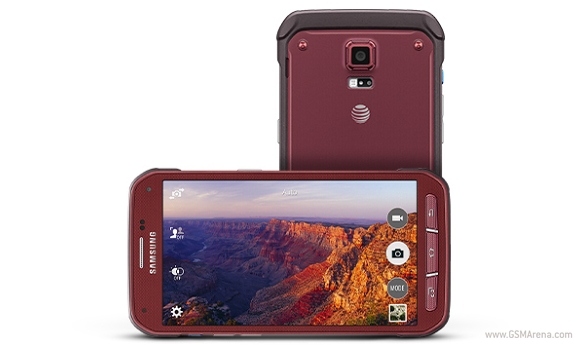 The traditional strengths of the Samsung Galaxy S family are all here. The handset totes beefy hardware, a gorgeous Super AMOLED display, the TouchWiz UI with all its goodies, and one of the best cameras available on a mobile device. The option of designating a camera button via the shortcut key makes the setup even more attractive.

The added layer of ruggedness is really useful and executed without adding too much bulk to the device's waistline. Like we already mentioned, it makes the handset one of the few high-end devices out there which can be carried around without a protective case.

Progressively-thinking potential users will certainly point at the lack of fingerprint scanner and microUSB 3.0 on the device as notable omissions. However, during our time with the handset, we didn't miss either of the two features - we actually liked the improved design of the phones navigation buttons. The fingerprint scanner on the other hand, is likely to become fully utilized as technology in the next major Galaxy S release.

Limited availability is undeniably a setback which the Samsung Galaxy S5 Active has to endure. We doubt that the AT&T exclusivity will last long though.

Speaking of availability, the Samsung Galaxy S5 is priced at $199.99 on AT&T with a two-year contract. The off-contract price of the handset is $659.99. As always, here are some of the alternatives to the device worth considering in the same budget.

The regular Samsung Galaxy S5 of course is for those who don't need the extra ruggedness on top of the dust and water resistance. The SM-G900 offers the same functionality in a slimmer body, as well as fingerprint sensor. However, it won't handle drops and wear.

The HTC One (M8) is almost painfully good looking and a joy to hold. It brings top notch stereo speakers and superb audio quality to the table, though it is one drop away from losing its charm. It doesn't like water either.

The LG G3 is bound to hit the shelves in the US in the immediate future. It packs a killer 5.5" QHD display, good camera, and a feature-rich UI, though it is nowhere near as rugged as even the regular Samsung Galaxy S5.

The Samsung Galaxy S5 Active is the best equipped rugged smartphone out there. If you are in the United States and looking for a smartphone of this type, the handset must be at the very top of your shopping list.

Potential users in the rest of the world should look forward to the wide release of the handset as well. But only if they can provide the life of adrenaline and adventure this phone is built for.