Samsung Galaxy S6 Active delivers high-end specs and a good measure of ruggedness in one single blow that if not anything else, would leave the completion gasping. 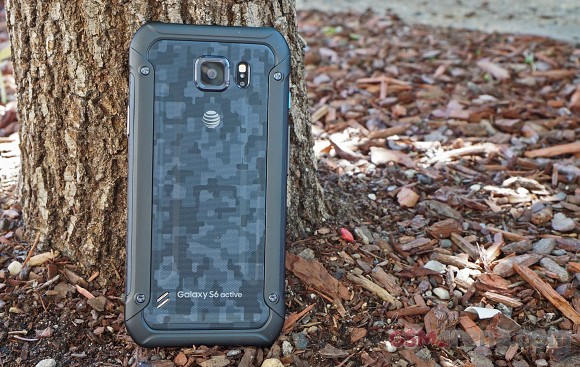 The generous 3,500mAh battery is undeniably the device's trump card over its predecessor, as well as the regular Samsung Galaxy S6. It elevates it above its competitors and makes it one of the longest lasting smartphones out there. The built-in wireless charging on the other hand, makes keeping the battery full as easy as it can be.

Hardware-wise, just like the regular Galaxy S6, the Active leaves practically nothing to be desired. Its 14nm Exynos 7420 chipset is arguably the best in the business, as are the 16MP main camera and the built-in UFS 2.0 memory. Once again, Samsung has made sure that owners of the Active model won't get less for their money than those that rock the regular Galaxy S6.

In our opinion, the shortcut button found in the Galaxy S6 Active should make its way to all of the manufacturer's flagship devices going forward. Its customizable functionality is nothing short of superb.

Ergonomics of the SM-G890 have also been improved over past members of the Active range. This time around, you don't need to worry about closing the microUSB flap properly after you've been charging the device.

Our two major gripes with the Samsung Galaxy S6 Active have to do with the lack of built-in memory options and the limited availability of the device. We don't believe that a device with a 4K camera this good should come with roughly 23GB of available storage out of the box. Hopefully, Samsung will soon release a global version of the smartphone with at least 64GB of memory on board.

Samsung and AT&T are asking $695 for the Galaxy S6 Active without a commitment. The wireless carrier also gives you the several options to pick up the device with monthly installments.

Here are some of the noteworthy alternatives to the rugged handset available at the moment.

Samsung's own Galaxy S6 and Galaxy S6 edge are great alternatives to the Galaxy S6 Active if you are not accident prone. The duo of smartphones have been around for a while, meaning that for $700 you will easily be able to snag a 64GB variant of either one.

The freshly announced Sony Xperia Z4v for Verizon is a water resistant high-ender that will match most of the talents that Samsung Galaxy S6 Active possesses. However, we don't believe that it will handle drops with the same care-free attitude.

Motorola Droid Turbo has been around since last year, but it is still one of the most complete Android flagship smartphones available at the moment. It has a mammoth 3,900mAh battery and can handle the occasional splash of water.

Last year's Samsung Galaxy S5 Active is a nice option for budget-minded buyers. The device is not as powerful as its successor, but costs less and offers memory card slot.

Samsung Galaxy S6 Active is the most capable rugged smartphone we've tested to date. If you are an AT&T subscriber looking for this type of device and can live with limited onboard memory, by all means go ahead and grab one. You are not likely to regret your choice.

The rest of us can only hope that Samsung will release the Galaxy S6 Active to more markets soon. The smartphone surely deserves a wider audience.