It's a year since Google made a splash with an impressively spec'd smartphone at a bargain price. The Nexus 4 wasn't a financial success perhaps but making a profit off selling hardware is rarely the first thing on Google's mind. The pure Android experience was the major selling point and getting more people into their cloud services must've been worth the investment - the Nexus price is clearly subsidized, the way Amazon subsidizes its Kindle tablets so it can make profit on selling content.

Judging by our popularity chart, users are responding to Google's offer with enthusiasm. The Nexus lineup has traditionally premiered every single major version of Android in its purest form, clean of custom skins like Sense, TouchWiz, Xperia and Optimus UI and has been on a fast-track for OS updates ever since. Google has done well this time to match that with stellar hardware for a price that no one can possibly beat.

Last year's Nexus 4 had great-sounding specs on paper but the choice of the hardware components wasn't as flawless. The screen had poor contrast and washed-out colors, the camera wasn't up to scratch and the white paint job came well after the black version. Yet, for that price then, no other premium smartphone was even in the same conversation.

This year Google and LG tried to avoid that kind of argument and addressed most of the potential shortcomings by throwing a much improved 1080p screen and the latest Qualcomm chipset, both of which propel the Nexus 5 right into the flagship league. 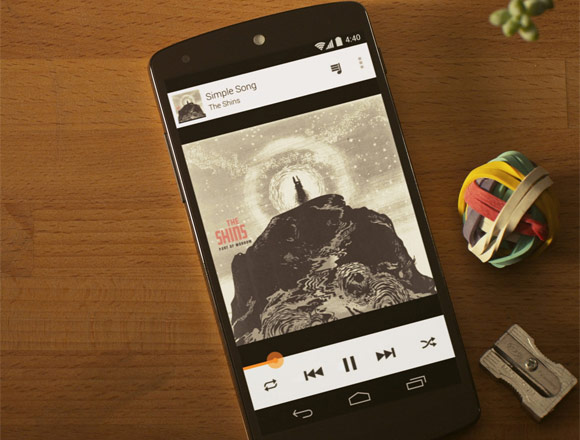 The camera may not look like a massive improvement but it's no longer the potential deal-breaker it used to be. Not to mention that its optical image stabilization is far from standard equipment even among flagships just yet.

Still, arguably the biggest asset of the all-new Nexus 5 is Android KitKat, which is currently only available on this device. Sure, the Nexus 4 will get the same software but it will never look as good as it does on the Nexus 5's 1080p screen.

Anyway, the sales of the Nexus 5, like its predecessors, will be limited to Google Play Devices store mainly and that's not as widely available as many people certainly wish. You will be able to eventually get the Nexus 5 from many online and walk-in stores around the world but the price will undoubtedly be higher, which sends the main benefit of the device right down the drain.

Right now it appears that the main rival of the Nexus 5 for the ultimate Android smartphone is coming from LG. The LG G2 is basically the same package as the Nexus 5 with a bigger and better screen, better battery life, superior camera and at least a couple of well-placed gems in the inevitable Optimus rubble. The LG G2 will certainly takes some time getting to Android KitKat and after that it'll will find it next to impossible to keep up with the Nexus 5.

Sony has a Snapdragon 800 beast of its own in the face of the Xperia Z1. That one easily beats the Nexus 5 in terms of design, camera and brings expandable storage, but goes a bit too far with the bezels.

The Galaxy S4 is a typically strong entry by Samsung and is a must consider with a great AMOLED display and capable camera, along with some value-adding features courtesy of TouchWiz. You also get the option of pure Android if you fancy flashing the Google Edition ROM manual and a slightly better camera but sans the OIS. The Galaxy S4's Snapdragon 600 is clearly inferior to the Snapdragon 800 beast inside the Nexus 5, though, while its newly released LTE-A version can match it but at a significantly higher price.

Just like the Galaxy S4, the HTC One will struggle to match the combination of processing power and KitKat optimizations on the Nexus 5, but it has the premium unibody design and the stereo speakers to try and make up for that. It too has a purified Google Play edition of its own.

And finally, there is the Motorola Moto X - non-US residents can look away now. The Moto X is inferior in display and processing power but shares the unskinned UI and even adds a little of its own with at-a-glance notifications and always-on Google Now voice commands. The exterior customization options are second to none.

But let's get down to brass tacks. There will always be a healthy assortment of hardware and software to choose from, especially in the Android realm. However at this stage none can match the Nexus 5 in terms of bang for your buck as long as the Play Store devices section is available in your country. The timely updates are indisputably a point in the Nexus 5's favor too.

Of course, there's a flipside to this: the non-expandable memory is a weakness that the cloud just can't quite fix - at least not at the same price as a memory card. In time maybe, when LTE is everywhere and it's as cheap as chips, but not just yet. There's the question of battery backup too, and the less-than-stellar camera. But see how these are all issues of the hardware?

And the Nexus 5 is trying - and largely succeeding - to shift the focus away from that. Hit that power button and watch the hardware disappear. Swipe across the homescreen and find Google Now readily available. Say "Okay Google" and you're plugged in.

And if you can get one at Play store prices, it may as well be "Okay Google. It's a deal".