LG has decided to go with a 13 MP f/2.2 shooter on the back, which has 1/3" sensor size and 1.12µm pixels. Not the largest aperture we've ever seen, definitely, also not the biggest sensor or pixel size. OIS is missing too. All of that is code for 'this is not a flagship snapper'. Or is it? Aside from the differing aperture and lack of image stabilization, the specs of this camera are intriguingly similar to those of the G6's not-wide-angle unit. How does it perform, though? Find out in our testing below. 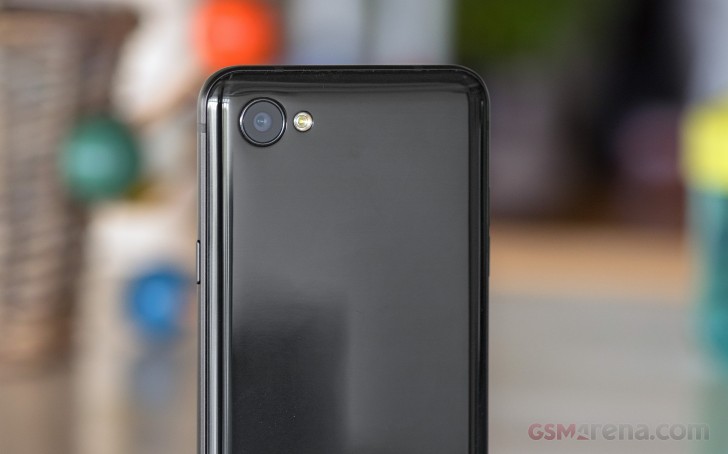 But first, let's take a look at the camera app. It's a familiar sight if you've touched another LG phone this year, but compared to the flagships it's missing a lot of entries in the "Mode" menu - in fact it has to make do with just three: Auto, Panorama, and Food. Oddly enough, although it sports an 18:9 screen like the G6, the Q6 doesn't get the 'film strip' of recently shot photos to the left when you use the camera app in landscape. 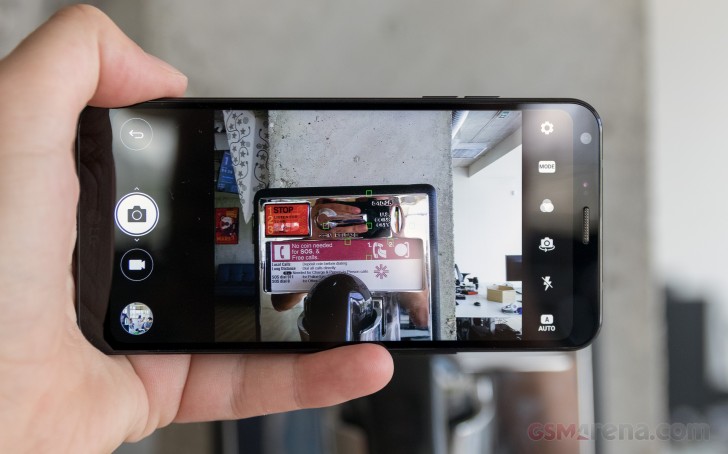 It's an omission that makes for huge letterboxes when you capture in the sensor's native aspect ratio of 4:3 (and if you want maximum resolution pics, then you should). The shortcut to the Gallery still resides in the top right corner, though.

Once you tap the viewfinder to focus on a specific part of what it's capturing, a handy exposure compensation slider will show up on the right. Zooming in and out is performed by dragging the shutter button up or down - though since there's no fancy dual-camera setup here, you're only left with pure digital zoom, which is less than ideal.

The app still has a shared viewfinder for stills and video, meaning that it's impossible to know what the video framing looks like before hitting the record button. Generally a plus for convenience and ease of use, this, but one that might end up annoying some from time to time.

There's no manual mode on board the Q6, so the mode selector in the top left only has two options on offer: Auto and Square. It looks like LG is still trying to pass Square camera as a unique use case for the 2:1 display. We're not going to call it a gimmick, but let's just say that we don't see most people using it too often.

The Square camera section has some modes of its own. Snap shot takes a photo by putting the viewfinder in a square on the left - once captured, that image is then immediately shown in the square on the right. Grid shot takes four pictures which it organizes in a square - basically a 2x2 photo collage that is supposed to look like it was shot in a photo booth. Once again, half of the screen serves as the viewfinder. The other half shows you the collage in the making.

Match shot lets you capture two square photos of different objects and then align them so that one flows into the other. Why you'd do this is a good, if unanswered question. Finally, Guide shot gives you an overlay of a template image over the viewfinder so you can recreate the same framing.

The 13MP samples we took with the LG Q6 in broard daylight came out enough resolved detail and reasonably low noise levels. Some of the foliage is well-defined, while the grass is mostly smudged. The colors were true to life in all samples. The dynamic range is slightly below average. The 13MP samples are fine for the class, sure, but not the best we've seen.

The available HDR mode will come in handy because of the rather limited dynamic range. The good news is is the HDR mode on the LG Q6 does a good job bringing more detail in the shadows without blowing the highlights. This is one of the better implementations we've seen with very balanced output.

The low-light shots taken with the LG Q6 are nothing to talk about. They would do for sharing but won't pass any pixel-peeping inspection as the noise gets in the way of everything. The samples aren't bad, especially the closeups, just mediocre. But that's fine for the class, we guess.

Panoramas are tall around 2,500px and there's a good amount of resolved detail. There are no visible stitching issues (with stationary subjects), and exposure is even across the frame. The colors are very pleasant, too.

Our Photo compare tool is a good place to check out how the LG Q6 fares against any competitors in the controlled environment of our test lab. 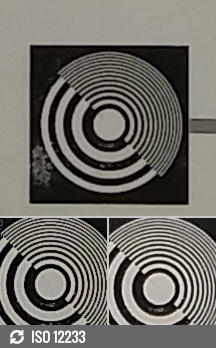 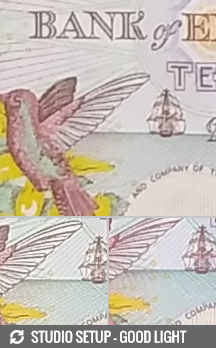 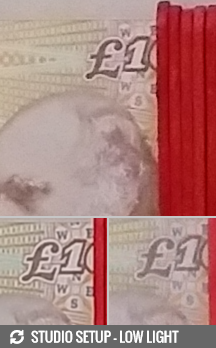 The Q6 has a 5 MP selfie shooter, with the same aperture and pixel size as the main camera, but a much smaller sensor. The selfie camera is able to shoot in both wide-angle and normal mode, and you can easily switch between these two by using the icons that show up at the top of the viewfinder. The former gives you a 100-degree field-of-view.

How such a feat is achieved is unclear, but we assume there could be a higher-res sensor behind a wide-angle lens, with a center crop of it giving you the 'normal' view, while the wide-angle view uses the full coverage of the lens, but downsamples the higher-res image to 5MP. Then again, when you take a good look at the photos it produces, you realize it very well may be a 5MP sensor to begin with, cropping the center portion and upsampling it for the 'normal', non-wide-angle mode.

And just like with those LGs to come before the Q6, the selfies we took are far from spectacular, but are alright. They contain enough detail for their 5MP, and do a fine job of rendering colors.

The wide (group) selfies are similar in quality to the regular ones.

Clips get saved in a standard MP4 format, with overall bitrate holding steady at around 17 Mbps, an AVC video stream and an accompanying AAC audio one. The latter is captured in stereo at 156Kbps - many flagships don't go that high.

The 1080p video output is very good, with a lot of resolved detail, sharp image, and low noise. Colors are rendered quite well and accurate, too. Audio is surprisingly clear, and it can't be down to just the bitrate.

If you'd like to compare the Q6's video camera to some other phones, head over to our Video Compare Tool below. 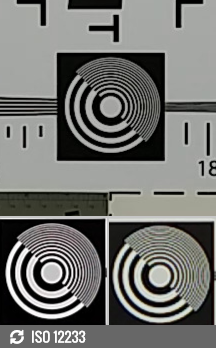 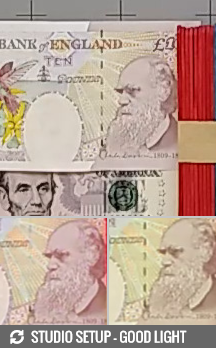 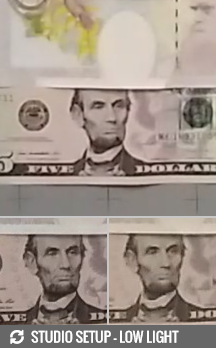