The Sony Xperia Z3 Tablet Compact comes with Google Chrome as the default web browser out of box instead of the generic Android browser. While the minimalist interface hasn't changed since Chrome launched on Android, the browser is being constantly refined by Google, and this has resulted in one of the smoothest and most powerful browsing experiences we've encountered on a mobile.

Of course, one of Chrome's strengths is its ability to seamlessly sync with the desktop version using nothing but your Google account. This allows you to open an article on your PC and finish reading it on your mobile phone. It also syncs your bookmarks and favorite sites.

Sony Select does the same as the Sony's What's New app, but comes with much less functions and old UI. We feel Sony should retire it. Both try to promote content from the Play Store. The Xperia Lounge is similar but promises exclusive content and is more varied, it shows trailer for upcoming movies, for example.

The calendar has three different types of view - daily, weekly and monthly. The lower section of the screen is reserved for a list of upcoming events. Adding a new event is quick and easy, and you can also set an alarm to act as a reminder.

Sony Xperia Z3 also features the Office Suite 7, which comes with a Premium license for one month, allowing for viewing and editing office files (docs, xls, ppt), and it can also read PDFs.

There is the Sony PlayStation app too, which allows you to browse your PlayStation profile, avatar and achievements. It's far from Microsoft default Xbox app on Windows Phone, but it's something. It can also connect to your PS4 and extract various content from there.

The PS4 Remote Play feature allows the tablet to connect to a PlayStation 4 and act as the display. You play using a DualShock 4 controller, so you can continue playing even if someone wants to watch TV in the middle of your game. Sony is selling mounts that attach the Xperia Z3 Tablet Compact to the PS4 controller, but those aren't strictly necessary. 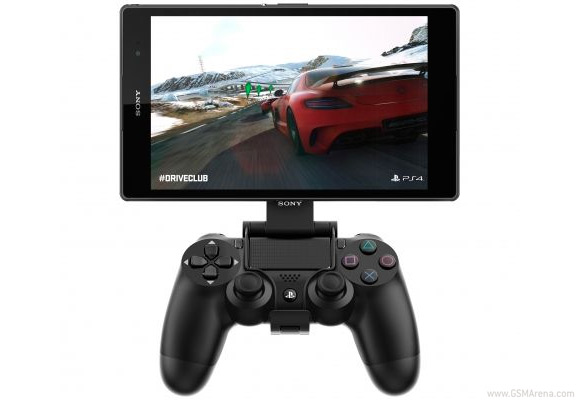 Sony also provides a Backup & restore app, which can use the internal storage, a microSD card or even an attached USB mass storage device. You can backup the system and downloaded apps and their data along with any media files.

The Lifelog app is onboard too. If you enable its tracking functions - it will record your motion via phone's accelerometer and GSP and then it will convert the data into steps, distance, sleep hours, burnt calories. The app basically tracks and records all of our activity - in addition to the steps, walking/running/sleeping hours, it also saves time spent on communications, taking/browsing pictures, listening to music, watching videos, playing games, reading eBooks, and web browsing. The app is way more accurate if you are using some of Sony's wearable accessories (SmartBand, SmartWatch).